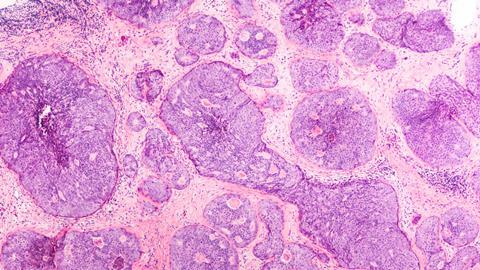 A new blood test that can detect methylation of DNA can accurately predict whether a person has any one of 50 cancers and where the tumour is growing.

The California-based healthcare company Grail, which developed the test, owns a large database of methylation patterns in cancerous and non-cancerous cell-free DNA. From that repository, a machine learning program was developed to analyse blood samples. The algorithm identified methylation changes that are classified as cancerous or non-cancerous, and it could even pinpoint the tissue of origin before the onset of symptoms.

Validation of the test was carried out by collaborators from many institutions including the Mayo Clinic, Cleveland Clinic, Harvard Medical School, the Francis Crick Institute and University College London. In all, more than 15,000 volunteers from over 140 clinics in North America took part, and their samples revealed that this ‘liquid biopsy’ had a 0.7% false positive rate for cancer detection. The test was also able to predict the tissue that the cancer originated in with more than 90% accuracy. It performed best on 12 of the most common cancers, including ones that are most lethal and have no established screening paradigms such as pancreatic and ovarian cancers.

The test works because when a tumour cell dies its DNA enters the bloodstream. This genetic material still carries methylation patterns that differ from healthy cells, and this is what the liquid biopsy measures. ‘The test exploits the fact that cancers are abnormally methylated, and … that different cancers have different methylation patterns,’ explains study co-author Eric Klein from the Cleveland Clinic in Ohio.

Grail has also created a clinical version of the diagnostic. ‘To make this effective, we developed a lot of proprietary chemistry to enrich and recover the methylated fragments,’ the company’s chief scientific officer and head of R&D, Alex Aravanis, tells Chemistry World. He notes that the amounts of DNA in circulation are quite small – sometimes on the order of picograms (10-12g).

The firm is awaiting results from other large studies, at least one of which has been paused amid the Covid-19 outbreak. If further results are as encouraging, Grail plans to offer the test out of its lab in Menlo Park lab, California. Ultimately, the company intends to seek US Food and Drug Administration approval for doctors to be able to use the test.

‘These are very promising results from a large number of subjects,’ says Mohammad Qasaimeh, who directs the advanced microfluidics and microdevices laboratory at New York University Abu Dhabi. Qasaimeh also calls the technology’s capability to detect early stage cancer ‘fascinating’, but suggests that the sensitivity needs to be improved for future clinical implementations.

David Polsky from New York University, who develops biomarker tests to monitor melanoma patients, notes that the test’s sensitivity increased as the cancer became more advanced. Sensitivity in pre-specified cancers – those identified as particularly good candidates for testing – was 39% among stage I cancer patients, 69% in stage II, 83% in stage III and 92% in stage IV. The findings among all cancers followed a similar pattern.

‘If you focus on the pre-specified cancer types, it is like a coin toss in a sense – there is less than a 50% chance that it’s correct for those early stage cancers,’ Polsky states. ‘This is probably the best data we have so far – I haven’t seen anything better than this – but it’s still not really ready to be deployed into the general population without more testing,’ he adds.