The first trials of dust suppressant in the UK have shown it can reduce the amount of dust particulates in the air around roads. The pilot study, published in August by Transport for London (TfL), found daily concentrations of PM10 - particulates smaller than 10?m in diameter - fell by 10-14%.

The dust suppressant trials are part of a package of measures spearheaded by the Mayor of London to reduce PM10 pollution by a third by 2015. The European Commission granted the UK an extension till June this year to meet EU air quality standards for particulates or face the threat of large fines. According to TfL, models show that some local London hot-spots are still ’at risk’ of breaking PM10 limits.

As well as exhaust emissions, airborne particulates can come from circulating - or re-suspended - road dust. This dust is a complex mixture of particles from sources including soil, pollen, road surfaces and tyres. Heavy traffic can produce high levels of dust re-suspension. 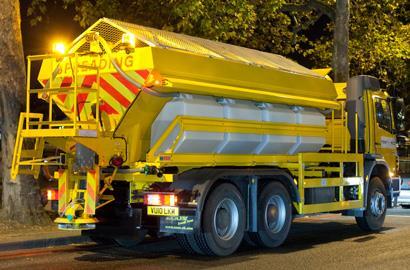 The TfL team used calcium magnesium acetate (CMA), a combination of dolomitic lime and acetic acid, in water as a suppressant. The solution was spread at a rate of 10g/m2 at two sites in London over six months. Results were compared with controls. ’It looks like a fine mildew, but it is not slippery at this application rate,’ says TfL project manager, Will Fooks.

The suppressant acts like a ’glue’, explains Fooks. ’Applications of CMA promote agglomeration of dust particles and help prevent them becoming airborne.’ Once the dust sticks to the glue, it is either washed away into drains or tracked away by tyres, he says. The glue seems to work well with PM10 and, to a certain extent, PM2.5, but not with PM1. Fooks says: ’The micro-level impact on different size fractions has not been tested in detail, but it is research that we are looking into doing.’

The TfL report stresses that CMA is non-toxic, presents no significant risk of corrosion and is harmless to plants and water supplies. The calcium and magnesium components, the report says, can ’benefit’ soil, just as liming a garden improves permeability, while the acetate portion biodegrades naturally. Following these results, TfL plans to expand the scheme to Park Lane and ’corridors’, such as the A2, and industrial sites.

But some observers are sceptical about the usefulness of suppressants. ’Suppressants may achieve compliance in localised areas near monitoring stations and avoid further action from the European Commission,’ says Alan Andrews of Client Earth, a group of lawyers working for environmental causes. ’But they address the symptoms and not the causes of the problem. Another issue is that the suppressant doesn’t work with smaller particles, which are the ones that are the most dangerous for human health.’

Simon Birkett, founder of the Campaign for Clean Air in London, argues that suppressants merely mask, rather than reduce, PM10 levels. ’The trial seems to have taken greater costs to achieve smaller reductions in concentrations than expected. The strategy seems to have been focused on trying to reduce pollution at locations breaching the PM10 daily limit value, but miss one and the UK gets a ?300 million fine.’