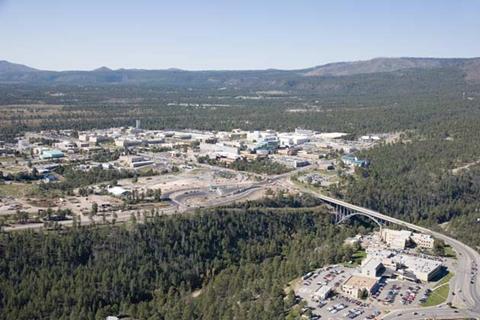 A radioactive material leak that affected 22 workers and closed the US’s only permanent nuclear waste repository was likely the result of a failure to follow safety procedures.

The US Department of Energy’s (DOE) Los Alamos National Laboratory (LANL) generates large volumes of transuranic waste – mostly contaminated items like clothing and tools. Since January 2012, the lab has shipped more than 3700m3 of such waste to a DOE facility in New Mexico, for eventual permanent disposal.

However, a barrel containing transuranic waste from the lab ruptured at the nuclear waste repository on 14 February, contaminating the facility and exposing personnel to radiation, according to a report from the DOE’s Office of Inspector General (OIG). Operations were immediately suspended at the facility and the event reportedly led to the reassignment of four LANL employees.

The drum in question was processed at LANL and is known to have contained nitrate salts and organic material, which the DOE has said are likely to have been contributing factors in the release.

The repository’s closure is expected to last two years and the financial implications are estimated from the tens of millions of dollars to more than half a billion dollars. The closure will slow remediation at numerous DOE sites by delaying permanent waste disposal, the OIG said.

The report raised the concern that not all of LANL’s waste management procedures were properly vetted through the ‘established procedure revision process’, and they didn’t all conform to established environmental requirements. For example, the office said contractor officials failed to ensure that changes to waste treatment procedures were properly documented, reviewed and approved, and that they incorporated all environmental requirements for transuranic waste processing.

‘These weaknesses led to an environment that permitted the introduction of potentially incompatible materials to [transuranic] storage drums,’ the OIG concluded. It suggested that this action may have led to a chemical reaction that compromised the drums. The office noted that Los Alamos National Security, which operates and manages LANL, and a subcontractor added potentially incompatible materials to waste stored in drums during the waste remediation – organic cat litter and acid neutralisers.

‘We are pleased that this report correctly identifies the central role of LANL in causing the contamination,’ said Greg Mello, who directs the Los Alamos Study Group, a non-profit focused on nuclear disarmament and environmental protection. ‘The violations of established well-procedures and lack of common chemical knowledge are shocking.’