Collaboration between researchers, Walt Disney and the Getty has yielded technology to protect artwork from pollution

Museums currently lack good methods to monitor pollutants that can damage valuable artwork, especially those kept inside sealed display cases. Now a research team lead by University of Illinois at Urbana-Champaign chemistry professor Kenneth Suslick has developed an innovative solution that could sniff out when an artwork is under attack. 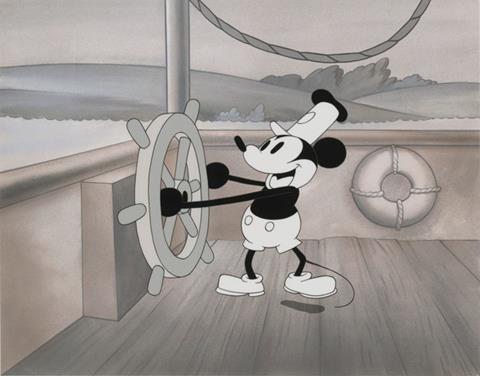 The team has created an optoelectonic ‘nose’ that is sensitive enough to detect low levels of contaminants, like formaldehyde, that can spur oxidative damage and acid degradation that lead to colour changes or decomposition in prints or canvases. Suslick reported on this effort at the American Chemical Society’s annual meeting in San Diego, California.

Pollutants are bad for human health, but they are even more damaging for artwork and other cultural heritage objects. The acceptable levels of air pollutants for museum artwork are about 100 times lower than those for people. Suslick worked with the Getty Conservation Institute and the Walt Disney Animation Research Library to create an artificial nose that is about 500 times more sensitive than conventional monitoring systems used by museums and also much cheaper.

The team has enhanced an earlier version of the nose and developed a cumulative colorimetric sensor array. The array contains a number of different dyes that are responsive to their environment. For example, they contain pH indicators, redox dyes that react to oxidants, metal ions containing dyes that react to amines or sulfides. ‘By having a whole bunch of different chemistries, we can probe a wide range of different oxidants,’ Suslick said.

Conventional gas sensors, such as colorimetric detector tubes, can costs dollars per analyte. In order to monitor acids or oxidants with this system, a different tube has to be used for each test with pumping required. By contrast, the array in Suslick’s team’s nose is passive – they are stuck to the back side of the artwork mounting. Suslick jokes that the most expensive component of his system is not the array, but the microscope slide. ‘Pennies per printed array are the kinds of costs that we are talking about,’ he said.

Museums generally don’t monitor contaminants because it has been too expensive, according to Suslick. Monitoring every different single display requires many hundreds of sensors, if not more, and he says until now there has not been a sensor that is low-cost enough to make such an endeavour practical.

Currently, museums display cases do have hidden compartments that contain sorbents to scavenge pollutants. While these sorbents are fairly effective, there is no way to know when they are saturated and need to be replaced.

This summer, original artwork from Walt Disney Animation Studio travelled to China, and Suslick’s team and his collaborators carried out trial experiments to monitor pollutant exposure during shipping and exhibition. The sensor arrays were placed on the back of the traveling Disney artwork – both on the outside of the pieces and inside the sealed container holding the collections. The team also developed the use of an ordinary cell phone for direct imaging onsite. They found that the sorbent worked quite well, and the level of air pollution inside the sealed container was much lower than outside.

The researchers also discovered a source of sulfide pollutants being released from one of the items inside the sealed container. By examining each individual component that made up the frame, they were able to demonstrate that it was the acrylic plastic window that was the source of the low-level sulfide contamination.

The technology will eventually be commercialised by iSense, a company co-founded by Suslick around 10 years ago. The primary focus of iSense is currently biomedical, including the rapid detection of cultured bacteria, as well as breath and urine analysis. Art conservation is a personal passion for Suslick – his mother was an artist, and he himself has cast bronzes. ‘I have a collection of about 400 masks from all over the world, so art conservation is something of interest to me,’ he tells Chemistry World.