The exact structure of a mixed catalyst can be crucial to determining how well it functions, and testing all possible structures – even theoretically – is often impossible. Now researchers in Canada, the US and China have used machine learning to seek out the most promising candidates and used it to design a material that can catalyse a reaction crucial to sustainable industrial chemistry with unprecedented Faradaic efficiency. An independent researcher in the field, however, questions the value of this demonstration. 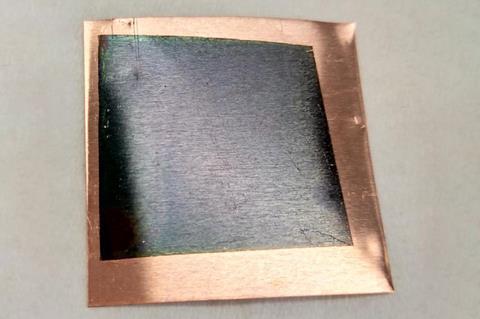 Catalysis is key to reducing the energy required to perform industrial chemical reactions and chemists have developed increasingly sophisticated methods to synthesise catalysts with precisely controlled surface structures. To help pick which catalysts experimentalists might synthesise, theorists have developed and refined computational modelling tools such as density functional theory to point towards promising candidates. Unfortunately, these powerful models face their own resource limitations: ‘It is relatively straightforward to hypothesise a surface or a composition and evaluate its activity,’ says chemical engineer Zachary Ulissi of Carnegie Mellon University in the US. ‘But, if I get an allocation from a supercomputing resource and I can run a few hundred or a few thousand calculations out of many millions of possibilities, how do I know what’s worth focusing on?’

In the new work, the researchers led by Ulissi and Ted Sargent from the University of Toronto in Canada developed a machine-learning algorithm and used it to find the most promising catalysts for the electrochemical reduction of carbon dioxide to ethylene – a key platform chemical used to produce polyethylene as well as detergents, lubricants and countless other industrial chemicals. ‘The only way to truly prove that you’ve accelerated something useful is to go and build something,’ says Ted Sargent of University of Toronto in Canada. ‘We decided to apply this to a very important problem that needed and continues to need big advancements in performance.’

The predominant catalyst is pure copper, but the researchers studied the effect of adding other metals. Their algorithm selected Cu-Al sites surrounded by copper atoms as highly active and selective for reduction of carbon dioxide to ethylene when electrolysed in potassium hydroxide. The researchers used this information, together with other theoretical and experimental optimisation techniques, to produce a nanoporous, de-alloyed copper-aluminium catalyst with a Faradaic efficiency up to 80% – more than double the 35% pure copper showed under the same conditions. ‘There’s been a lot of theoretical interest [in machine learning] in the past two or three years, but this is one of first really big experimental demonstrations,’ says Ulissi. ‘We have follow up collaborations with Ted’s group on other chemistries.’ 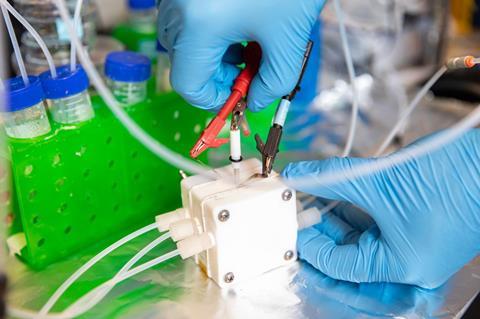 The team tested their catalyst in an electrolyser like this one

Matthew Kanan, an electrochemist at Stanford University in the US, says that ‘machine learning should be deployed for catalysis’. But is unconvinced by the study and says the effectiveness of the catalyst remains ‘to be determined’. Measurements of the Faradaic efficiency of electrochemical carbon dioxide reduction in potassium hydroxide are meaningless, he says: ‘If you expose potassium hydroxide to air, it’s going to become potassium carbonate over time. If you expose it to a stream of carbon dioxide, it’s going to become potassium carbonate a lot faster. They’ve drawn a box around the electrochemistry part: they don’t even quantify how much carbon is going into the hydroxide versus how much is going into the ethylene, but my guess is that a lot more is going into the hydroxide.’

Sargent acknowledges this issue but believes that it should prove surmountable: ‘This field is moving in the direction of systems called membrane electrode assemblies [MEA] that don’t have this issue with carbonation of the electrolyte,’ he says. ‘Many of the exciting milestones are being met in these alkaline systems, but these MEA systems have often been able to catch up within a year and provide a more robust, industrialisable solution.’