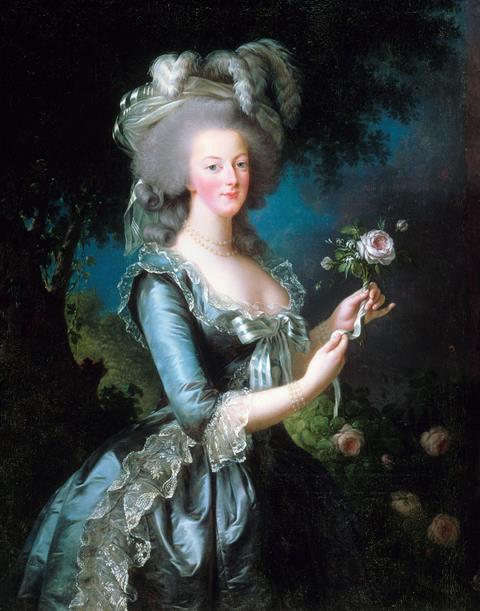 Chemical analysis has helped decipher censored messages sent between the last queen of France Marie Antoinette and a Swedish count rumoured to be her secret lover.

During the French revolution in the late 18th century, Marie Antoinette kept up a secret correspondence with the Swedish diplomat Axel von Fersen. Not only did von Fersen keep the letters he received from the French queen, but he also archived drafts of the letters he penned to her. But at some point, sections of the messages were redacted by a mystery censor.

Now, researchers from the National Museum of Natural History in Paris have used spectroscopy to analyse hidden passages in 15 of Antoinette and von Fersen’s letters. Since spectroscopic techniques are based on light–matter interactions they allow for the historic documents to be examined without causing any damage.

But initial attempts with infrared imaging techniques were unsuccessful because the black ink used to redact the original text absorbs light at almost all wavelengths, dashing any chances of revealing a signal from the underlying ink. The researchers had more success using x-ray fluorescence spectroscopy, which allowed them to determine different inks’ elemental composition.

The inks contain varying amounts of sulfur, potassium, manganese, iron, copper and zinc. By analysing different sections of text, the team could discriminate between inks used to censor and the underlying inks used by the letters’ authors. The analysis revealed hidden text in eight of the 15 letters. In the other seven, the original ink’s chemical composition was too similar to the redaction ink to differentiate between them. 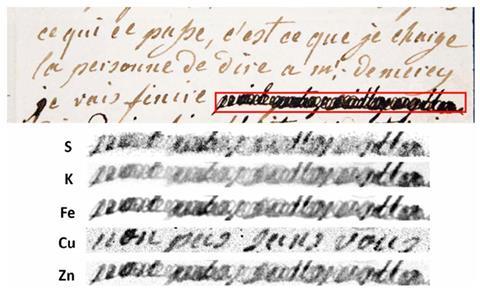 However, the researchers note that even this finding provides important new information: it was most likely von Fersen himself who censored the letters. Previously, historians believed that younger generations had redacted the letters prior to their publication to protect the von Fersen family’s reputation.

It remains to be seen whether the hidden writings reveal state secrets, escape plans for the royals – who were living under house arrest at the time – or even saucy details of Antoinette and von Fersen’s rumoured romantic affair. The researchers plan to reveal full transcripts of the censored passages in a future publication in collaboration with their curator and historian colleagues.