Microdroplets’ chemical wizardry could have given life a helping hand 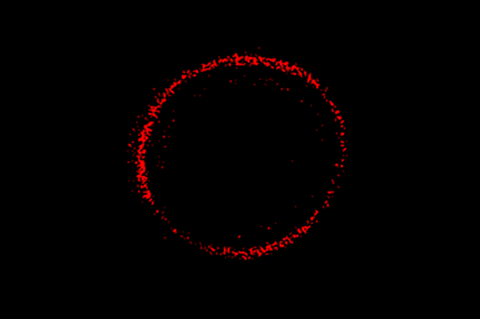 Tiny water droplets found in clouds, sea spray and geysers can spontaneously reduce sugars and other essential metabolites at their surface. These microdroplets offer a plausible explanation for the creation of sugars and other simple organic molecules prior to the existence of life on Earth, as no reducing agent or applied charge is required.

A group of researchers led by Richard Zare of Stanford University in the US stumbled upon the discovery when attempting to create gold films and nanoparticles using water droplets with added sodium borohydride.

‘I said to my group let’s do a control – let’s remove the reducing agent we were using. We just used water, and to my surprise it produced gold nanoparticles in droplets’ says Zare.

After extensive work, the team established these findings couldn’t be explained by contamination. So, they tried it again – this time with common biomolecules. By pumping a syringe containing compounds like pyruvate and fumarate dissolved in water through a nebulising gas, they produced microdroplets, which were then run through a mass spectrometer. In three out of four cases, they found that over 90% of the organic compounds in solution had been reduced.

The researchers were also able to visually confirm the phenomenon by fluorescence imaging of microscale droplets containing a reduction-sensitive dye.

While Zare and his team don’t know exactly what’s happening, they hypothesise that the effect can be explained by three phenomena: increased hydroxyl ion concentration, a very large electric field at the air water interface and a lack of 3D hydrogen bonding. ‘Where can you gain an electron from water?’ asks Zare. ‘The answer, I believe, is the hydroxyl anion.’

All living organisms on Earth use enzymes to catalyse their metabolic pathways, but when life began, enzymes were absent. This puzzle has led scientists to suggest the existence of a nonenzymatic metabolic pathway. ‘We’ve already done work showing that sugars and phosphoric acid, which do not themselves react, in droplets will form things like ribose-phosphate. So we’ve seen that droplets have this power of doing chemistry,’ says Zare.

The team also believes that this effect may offer a potential new way to do green chemistry. By using a mist, large scale reduction could be made possible using nothing more than water.

‘If you take a one litre beaker and fill it with water, and you make one micron droplets of all the water, you’ll have something like 3000m2 of surface area… about half of a soccer field,’ says Zare.

‘[This work] shows that water surfaces have this special chemical ability or affinity to promote chemical reactions that we don’t see in bulk water,’ comments Ilan Benjamin, a chemist at the University of California, Santa Cruz in the US, who was not involved in the research. ‘This has many implications for atmospheric chemistry and probably even the origin of life.’