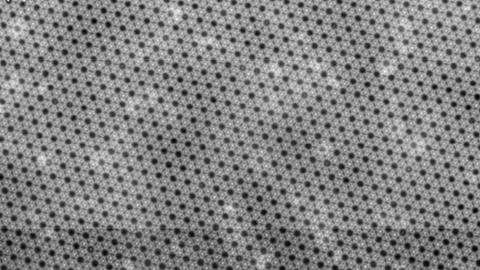 Beryllium is named for its most celebrated natural manifestation: the mineral beryl (beryllium aluminosilicate), of which emerald is one of the gem-like forms. Beryl containing trace amounts of iron, however, constitutes the cyan gemstone aquamarine and the golden-hued heliodor – the ‘gift of the sun’. Yet despite these illustrious forms, beryl still holds secrets.

One has now been teased out by scanning transmission electron microscopy (Stem), which reveals that channels in the crystal structure made from rings of silicate tetrahedra can host metal atoms. To obtain these results, Bodil Holst of the University of Bergen in Norway and her colleagues have used a technique called Z-contrast imaging, which collects electrons scattered through large angles to improve the contrast and resolution. The work supplies the first direct evidence for the long suspected occupancy of the mineral’s channels.1 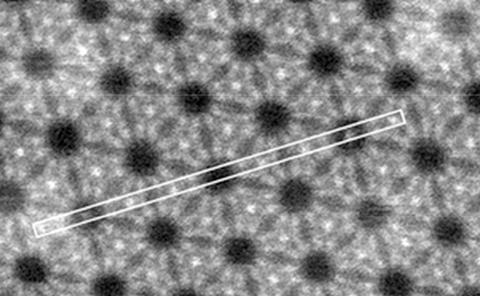 ‘People have speculated that there might be metal atoms in the channels,’ says Holst, but there was no evidence. In cross sections of a heliodor sample, she and her co-workers see bright spots in the 0.5nm wide pores that they think are most probably iron atoms. ‘The typical alkali ions present in beryl crystals are either too small (like lithium) or present in too small an amount to explain the fuzzy dots,’ says Holst. ‘The only element which, according to mass spectrometry, was present in sufficient amounts and had a mass big enough to give this contrast is iron.’ The researchers estimate from the statistics in their images that there is likely to be about one iron atom for every 35 channels in each atomic plane.

It’s not clear whether the channel atoms contribute to the colour that makes some forms of beryl so desirable. ‘There are speculations, but we just don’t know, and they might not contribute at all,’ says Holst. 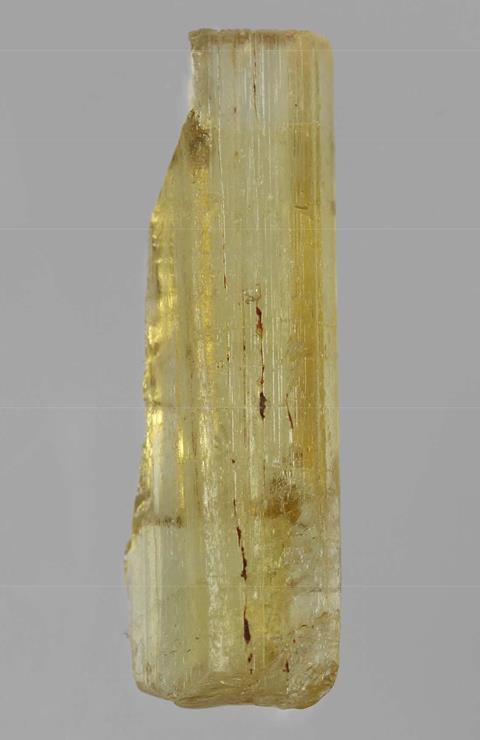 The mineral beryl comes in a number of varieties such as heliodor (above), emerald and aquamarine

The fact that atoms can get into the channels at all might point to applications. By inserting atoms or molecules selectively, says Holst, we ‘can potentially design new materials with control of colour and optical response on the nanoscale’. Another possibility is to isolate atoms with spin in the channels to act as quantum bits in memories or quantum information technologies.

‘This system is actually a laboratory to study many physical, chemical, and biological entities in nano-confinement,’ says Boris Gorshunov of the Moscow Institute of Physics and Technology in Russia. Gorshunov also imagines studying ferromagnetic or ferroelectric behaviour of encapsulated atoms and molecules: recently he and co-workers reported ferroelectric alignment of water molecules in the channels of beryl.2 ‘This opens up a way to study exciting phenomena involving nano-caged entities,’ he says.

Knut Urban, a physicist at the Jülich Research Centre in Germany, calls the result ‘remarkable’ and says that it might encourage more use of electron microscopy in mineralogy. ‘The typical mineralogist is more used to x-ray scattering techniques. This work could unlock high-resolution [transmission electron microscopy]/Stem for mineralogy. If these methods are used by others in the future, there will be much more to come.’