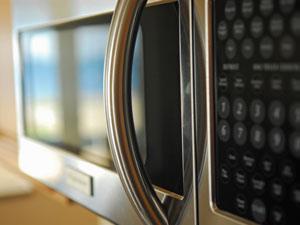 Microwave chemistry: is there more going on than previously thought?

A brouhaha over microwave heating in organic reactions has escalated after the two research groups involved penned barbed correspondences aimed at each other’s approaches in Angewandte Chemie. The disagreement kicked off last year when a group in Florida State University in the US, led by Gregory Dudley, reported that reactions driven by microwaves can go faster than might be expected from their temperature when microwave-absorbing polar solutes are placed in non-polar microwave-transparent solvents.1

The paper suggested that these temperature effects were not wholly attributable to rapid and efficient heating of the reaction mixture; such results in the past have been attributed to ‘non-thermal’ microwave effects. The paper drew a stinging rebuttal from Oliver Kappe and colleagues at Karl-Franzens University in Austria.2

Microwave chemisty is not voodoo science, they wrote, and Dudley’s group erred in relying on external infrared sensor technology to estimate the actual reaction temperature. Kappe’s lab repeated the experiments and blamed erroneous temperature measurements for the original results.

Now, Dudley’s team has accused Kappe’s group of setting up a straw man by saying that they were invoking non-thermal microwave effects.3 ‘There were positions attributed to us that we didn’t hold. It was not our intention to present or advance the theory of non-thermal microwave effects,’ Dudley tells Chemistry World. ‘We don’t want our carefully planned and executed experiments to be associated with effects that we know to be impossible.’

He says that, in simple terms, heating a cup of coffee in a microwave involves differential heating in a heterogeneous system. His group was ‘seeing if we could apply those same principles to a solution that we would describe as outwardly homogenous, but at a molecular level is ultimately heterogeneous’.

But, in his reply4 to the recent correspondence, Kappe accuses Dudley’s group of abandoning the original claims. Their new theory is based on selective heat storage in the domains around microwave-absorbing solutes in non-absorbing media, Kappe writes. Adding that the reaction is useless anyway, as the selective microwave effects are of little practical relevance to synthetic organic chemists.

Dudley’s group counters that the Kappe lab failed in their ‘pretence of replicating’ their experiments and hits back at ‘Kappe’s conceit that we were somehow blithely ignorant of the problems of external IR thermometers’, which they describe as ‘to say the least, disingenuous’.

Dudley says the initial aim was to explore for ourselves the ‘anecdotal evidence and lore that reactions work better in microwaves than conventional heating’. He adds that their intention was to ‘demonstrate through the experiments that there was an observable effect. We didn’t want to label it.’

Kappe declined to be interviewed, explaining that he had said everything he wanted to say in writing. But Nicholas Leadbeater at the University of Connecticut, US, who broadly agrees with Kappe, says pretty much everyone concerned with microwave heating had come to the conclusion that it was just heating. He says that Dudley’s original paper ‘really shook up the community’. ‘Kappe, myself and other groups have spent a lot of time researching this in detail. The general consensus of the scientific community was that heating is heating and that where you see anomalies these are due to specific microwave effects, things you cannot reproduce conventionally, but which are thermal in nature.’

‘A couple of years ago we tried to selectively heat something dissolved in a non-polar solution and we came to the conclusion that while the polar stuff might absorb the microwaves, there isn’t any localised superheating,’ says Leadbeater. ‘Instead, the polar molecules just effectively heat the reaction mixture around them.’

But Dudley is not without supporters. ‘I believe that the Dudley experiment is correct and it demonstrates that microwave irradiation has the potential to increase the number of high temperature and low density fluctuations within the reaction mixture,’ says Vitaly Budarin at the University of York, UK. He disagrees with the contention that the original paper put forward non-thermal effects as an explanation for the anomalies.

Budarin says that although he thinks that Kappe tried to be fair in his discussion, he’s not sure that his focus on different types of temperature measurements is the right angle to take. ‘The differences in kinetics of microwaves and conventional heating are the result of differences in behaviour of the reaction mixture at a micro-level. This hypothesis cannot be proved or disproved by bulk temperature measurement of the sample.’ He adds that he backs Dudley’s conclusion that there is a mechanistic difference between microwave and conventionally activated reactions. However, he does think that his interpretation is not that clear and further experimental data is needed.

Leadbeater concludes that, for synthetic chemists, there is really no advantage to doing 'superheated’ chemistry in an open flask above the boiling point of the reaction mixture because you can’t stir it and it isn’t safe. Instead you could do it safely in a sealed tube, stirring the mixture.

Dudley counters that synthetic chemists are adept at exploiting even subtle energy differences. If we are correct that it is possible to achieve selective microwave heating of a specific component of a homogeneous organic reaction mixture, he says, ‘then the next logical step is to explore the hypothesis that selective microwave heating can be exploited in organic synthesis’.

Dudley has met Kappe on a number of occasions, including last year’s American Chemical Society meeting in Philadelphia prior to Kappe’s initial essay. He says it would have been better if the two groups could have worked together. ‘I don’t want to engage or prolong the argument with Kappe,’ he says, adding that it is best to try to ‘step beyond those feelings of the personal and focus on the science’.