Multi-million dollar payouts for US soldiers exposed to hexavalent chromium 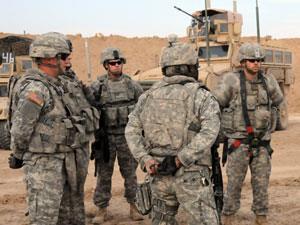 A US federal court has awarded more than $85 million (£53 million) to 12 Oregon National Guard soldiers who alleged that military contractor Kellogg, Brown and Root (KBR) knowingly exposed them to hexavalent chromium (Cr(VI)), a known carcinogen. Their exposure occurred at a water treatment plant they guarded in Iraq in 2003.

In its 2 November verdict, a jury awarded each of the plaintiffs $850,000 in non-economic damages and $6.25 million in punitive damages. The jury unanimously agreed that KBR acted with ‘reckless and outrageous indifference’ to the health, safety and welfare of the soldiers.

The US government contracted KBR to refit the Qarmat Ali water treatment plant, near Basra. The plaintiffs guarded that facility along with other US and UK military personnel. They allege that KBR misled them about the presence and risks associated with sodium dichromate – an anticorrosive agent that contains Cr(VI) and was used to clean pipes at the plant.

The soldiers have since developed respiratory, skin, gastrointestinal and lung problems, they testified. Two of those involved in the suit have died and their surviving relatives are named in the suit.

‘You have a company, that was marketed as the subject matter experts to the US military in oil and chemical plant work, claiming that they weren’t able to figure out about widespread contamination at their worksite with one of the most toxic chemicals known to man,’ says lead counsel for the soldiers, Michael Doyle. ‘Clearly the jury didn’t buy that excuse.’

But the jury’s decision could be just the tip of the iceberg. There are about 150 other similar Qarmat Ali-related claims pending against KBR. ‘We now have a benchmark of over $7 million per soldier,’ says Doyle.

KBR says it plans to appeal the jury’s verdict. The company’s lead attorney, Geoffrey Harrison, says the court improperly allowed the testimony of a ‘discredited medical expert’ to offer his ‘unsupported and unreliable opinions’. ‘KBR did safe, professional and exceptional work in Iraq under difficult circumstances – and multiple US Army officers testified under oath that KBR communicated openly and honestly about the potential health risks,’ Harrison adds.

Meanwhile, the US Environmental Protection Agency (EPA) has been criticised for dragging its feet on its toxicology review of Cr(VI). Back in March, the agency quietly decided to restart that review, which was originally scheduled to be completed in 2011. The review represented the last step in a decade-long process to set a drinking water standard in the US for Cr(VI). The EPA, which has concluded that Cr(VI) is a human carcinogen when inhaled and a likely human carcinogen when ingested over a lifetime, now anticipates completing that health assessment in early 2015.