Ancient humans may have used manganese dioxide as a firelighter 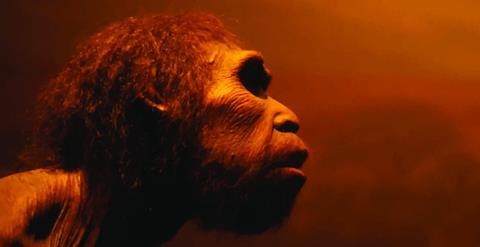 Neanderthals, which were closely related to modern humans, became extinct around 40,000 years ago

Neanderthals may have been some of the earliest humans to harness the power of chemistry. Archaeologists in the Netherlands have uncovered evidence that Neanderthals used naturally occurring manganese dioxide to help start fires.

Chunks of black manganese oxides have been recovered at Neanderthal sites for many years, and until now it was thought to have been used as a source of body paint, as it is often found alongside other coloured minerals. However, some have pointed out that there would have been more readily available sources of black pigment, including ash and charcoal.

Now, a group led by Marie Soressi at Leiden University in the Netherlands has put forward the idea that these compounds were instead used as firelighters. When they analysed the composition of manganese oxide blocks recovered from the Pech-de-l’Azé Neanderthal site in southern France, they found that they mainly contained manganese dioxide, which is similar in colour but more flammable than other manganese oxides. They also noticed scratch marks on blocks, suggesting they may have been scraped or ground to produce a powder. They found that when ground-up samples of the blocks were sprinkled over wood it lowered the ignition temperature by more than 100°C. These findings support the view that that rather than just exploiting naturally occurring wildfires, Neanderthals were able to start their own.