Nanoparticles trap nickel on skin's surface before it can irritate

Researchers in the US claim to have made a cream to combat nickel allergy. The treatment uses nanoparticles to trap nickel on the skin of mice before it is absorbed- but there is some doubt whether it will work equally well with humans.

Nickel sensitivity occurs when the metal accumulates inside the skin and triggers an immune reaction, including rashes and inflammation. The condition is not inherited but develops from prolonged skin contact with the metal -from working in nickel environments, such as battery manufacture, or wearing nickel-plated jewellery. In the UK, around ten per cent of the population is affected.

Unfortunately, there is no cure for nickel allergy and although there are creams that relieve itching or act as a barrier against the metal, few of these are effective.

Now, Jeffrey Karp and colleagues at the Harvard Medical School in Boston, Massachusetts, have developed what they claim is an effective approach to reduce nickel allergic reactions. Karp’s group add nanoparticles of either calcium carbonate or calcium phosphate to glycerine, which can then be applied to skin. Because the nanoparticles are relatively large - 70 nm - they stay on top of the skin and capture nickel ions before any irritation occurs. Later, the mixture, and any trapped nickel ions, can simply be washed off. 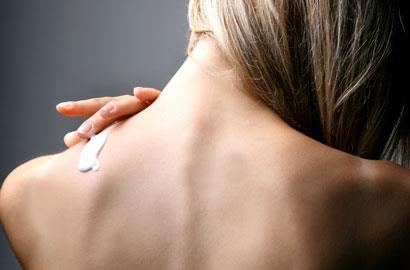 Peter Friedmann, a dermatologist at the University of Southampton, UK, calls the approach ’new and attractive.’ But he points out that a cream might not be the best solution, since those who work with nickel would risk leaving a greasy deposit on manufactured items.

To test their treatment, the researchers applied it to the feet of female mice and exposed them to nickel. After 72 hours, compared with control mice, the treated mice showed significantly less irritation.

Friedmann says it would have been better to test on humans, since human skin is different to mice’s, but Karp is keen to move ahead.   ’We’re looking for industrial partners to work with to further develop and formulate the nanoparticles into creams,’ says Karp, adding: ’Creams could be available in one to two years.’