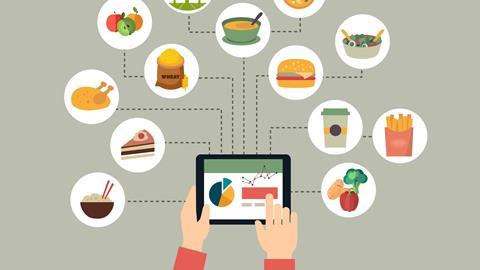 The European Food Safety Authority (Efsa) has released a new chemical hazards database, OpenFoodTox. This tool provides access to key toxicity information on a particular substance at the click of a button and covers thousands of chemicals in food and feed.

In food safety, hazard characterisation aims to determine safe levels of substances in human or animal food or in the environment from key toxicological studies. OpenFoodTox include pesticides, food additives and flavourings, as well as feed additives and natural and synthetic contaminants. It identifies the reference points for toxic effects ranging from target organ toxicity, carcinogenicity and endocrine effects. It also includes reference values, such as acceptable daily intakes.

‘Most importantly, [the database] contains the data for the key toxicological study that was used for any risk assessment,’ explains Jean-Lou Dorne, the toxicologist at Efsa who led OpenFoodTox. It should prove particularly useful for national food safety authorities, industry and toxicologists. 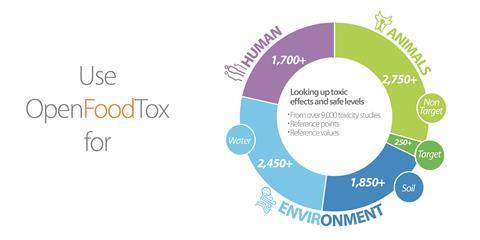 Since 2002, Efsa has assessed over 4400 substances and generated more than 1650 scientific opinions, statements and conclusions. OpenFoodTox offers open source data for substance characterisation such as molecular formula and notes on EU regulations. For instance, the report notes that Efsa produced a 2005 statement and 2015 scientific opinion on acrylamide, a natural contaminant formed during cooking that recently hit the headlines after the UK Food Standards Agency (FSA) recommended consumers minimise exposure to it.

‘I’ll bookmark this and use it for sure,’ says Michael Walker, a legal chemical consultant, analytical chemist at LGC and chair of the Food Surveillance Committee of the FSA in Northern Ireland. ‘The information available in Efsa opinions is pretty much the best there is.’ Walker says he was able to able to quickly find key reports on nitrofurans and antibiotic misuse in imported shellfish using the database.

Right now the database is a bit clunky, remarks Walker, with no direct links to reports. However, having a curated database with all this information just a click away is a significant advance, he adds. Efsa is planning an update for the database in the spring to add further data and is working on AN app too.

Having historical toxicity data will help to develop in silico models and enable us to predict the toxicity of compounds for which we have no data, says Dorne. This in turn will help reduce animal testing. ‘This database could also be useful when assessing mixtures of chemicals, whether you assume dose addition or synergistic interactions. We can use the database to assess groups of chemicals under different assumptions using existing reference points,’ Dorne explains.