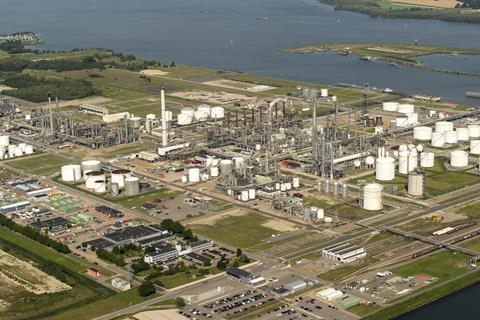 The new levels will affect thousands of plants

Chemical installations across Europe have four years to cut their emissions of organic compounds to meet newly published EU environment standards. The new levels affect some 3000 plants that operate on a continuous rather than batch basis to produce more than 20 kilotonnes a year. 30 of them are in the UK.

Products of LVOC (large volume organic chemicals) processes are not usually consumer products in their own right, but are raw materials for many everyday products from polyethylene to pesticides and drugs. The conclusions of a five-year review of the best available techniques (BAT) puts a cap on the emissions of pollutants like dust, dioxins and volatile organic compounds. Emission levels of nitrous oxides (NOx) and ammonia are set for the high temperature crackers that produce lower olefins from hydrocarbons.

As well as emissions to the air, the BAT conclusions cover the prevention or pretreatment of wastewater to maximise raw material recovery and target the emissions of damaging halogenated compounds such as ethylene dichloride. It also deals with energy efficiency, and means of improvement such as thermal exchange and heat recovery.

The reference document offers a series of illustrative processes such as the production of ethylene oxide, which is carcinogenic and largely used to make ethylene glycol, and the best available techniques for its manufacture.The Chemical Industries Association (CIA) says it’s too early to ‘quantify what environmental impacts will arise from LVOC implementation although it is clear substantial investment will be required from industry’.

The European commission said it was setting objectives, not prescribing the routes needed to cut emissions. In some cases, this might be achieved by fine-tuning equipment, better maintenance, or choosing a different fuel, and did not necessarily require investing in new equipment.

In addition to emissions levels, it has also set monitoring standards for plants: a particularly controversial decision was that most lower olefin crackers operating above 50MW will have to continuously monitor NOx emissions, and it is understood that will require some investment since it will be a challenge for many plants.

Chemical plants have been mandated to use the best available techniques to cut emissions since 1996. This is the first review of those techniques, and was led by a team from the Joint Research Centre working with industry (including CIA members), environmental non-governmental organisations and EU governments. They surveyed around 200 plants to gather examples of best practise. The commission plans to carry out a study of the costs and benefits arising from implementing the new standards.