For the first time in decades, researchers have discovered new broadly neutralising antibodies that could lead to an effective vaccine for HIV

A team of scientists in the US has discovered two new antibodies that could lead to an HIV vaccine. Researchers from the Scripps Institute in California, the International Aids Vaccine Initiative (IAVI) and US-based biotech companies Theraclone Sciences and Monogram Biosciences discovered these two broadly neutralising antibodies using high-throughput screening of serum from patients infected with HIV.

When people are first infected with HIV, they produce antibodies that are specific to the infected strain, but a few years later some start to make antibodies active against other strains of the virus - known as broadly neutralising antibodies. ’There is a huge variability in the virus, so vaccination has to induce antibodies that are broad,’ explains Dennis Burton, scientific director of the IAVI neutralising antibody centre at Scripps. ’Only four such antibodies have been isolated in the past, and none in the past decade.’

The new antibodies are important as they provide a big clue for future vaccine design. They are directed at the viral spike that HIV uses to infect cells, and which produces the glycoproteins gp120 and gp41. These are highly variable and evolved to prevent immune attack, but the antibodies target a part of gp120 that does not change. ’As well as being broadly neutralising, they are also more potent,’ Burton says. ’This is good as the concentration that would have to be induced by a vaccine is lower. They bring a vaccine more within reach.’ 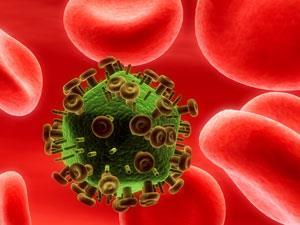 Serum from nearly 2000 HIV-infected donors from Thailand, Australia, the UK, US and several sub-Saharan African countries was screened for broad and potent neutralising activity, covering about 160 different forms of HIV; about three-quarters of these strains were neutralised with the newly discovered antibodies.

’We don’t expect one antibody to neutralise everything, but we hope we can design vaccine candidates that will induce not just one but several of these antibodies, and that will slowly get us up to 100 per cent protection,’ says Burton.

The search for a vaccine against HIV has been dogged by failure. Two years ago, Merck’s vaccine candidate V520 failed in Phase II trials when it appeared to leave subjects more susceptible to infection, not less. Another vaccine which worked in the same way - inducing an immune response in the body’s own T-cells - was also canned last summer by the US National Institutes of Health.

Burton is now optimistic about the possibility of developing an effective HIV vaccine. ’I’m more enthusiastic about this than anything that’s happened for quite some time,’ he says. ’I worried that we had these four antibodies, and their potency was not terrific. But given the potency of the new antibodies I think we are on much better ground. It’s still a very long way to go, but it’s a very positive signal.’

’It’s interesting that they have identified new antibodies that are not cross-reactive with the currently known antibodies,’ says Steve Patterson of Imperial College medical school’s division of investigative science. ’I think the general view is that we need both T-cells and antibodies to give protection, and with the failure of the Merck trial there has been renewed interest in the antibody side. There seems to be a hierarchy of development of the immune response that strain-specific antibodies come up first, followed by broadly neutralising ones later on. The trick will be to induce immune responses that are usually seen later on in the disease.’