Researchers develop an easy, cost-effective way to add fluorine atoms to a variety of compounds used in pharmaceuticals

Researchers have developed an easy and cost-effective way to add fluorine atoms to a variety of compounds, a discovery that could impact the design and production of new drugs and agricultural chemicals, and improve scanning techniques such as PET (positron emission tomography).

Fluorine atoms are incorporated into aromatic organic compounds for many reasons, including their ability to increase metabolic stability, solubility and bioavailability. About 25 per cent of all pharmaceuticals on the market now contain at least one fluorine atom, including top-selling treatments like cholesterol-lowering drug Lipitor (atorvastatin) and the anti-depressant Prozac (fluoxetine). However, getting fluorine atoms into aromatic organic compounds has remained extremely challenging.

Now, for the first time, a team of chemists led by Stephen Buchwald at Massachusetts Institute of Technology in the US, has identified conditions under which reductive elimination occurs to form the carbon-fluorine bond in the catalytic process. ’This particular catalytic transformation has been one of the missing reactions that people in the pharmaceutical industry have been asking about quite a bit,’ says Buchwald. 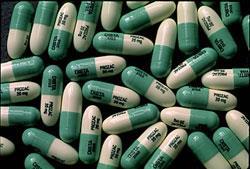 ’A lot of people, including us, had tried to do this for a long time,’ Buchwald explains. ’But there was work in the literature that indicated that trying to do it [this way] would be difficult or impossible.’ Buchwald believes the key was the development of new types of ligands that facilitated the hardest step in the overall catalytic cycle - the reductive elimination to form the carbon-fluorine bond.

’Buchwald and colleagues have solved a long standing problem of carbon-fluorine reductive elimination from palladium(II) by using the phosphine ligand that was developed in his lab,’ says Tobias Ritter, an organometallic chemist at Harvard University in Cambridge, US. ’This contribution is a fantastic advance for the development of practical fluorination reactions and it will change the way we think about making carbon-fluorine bonds in the future,’ he adds.

Ritter envisages these findings having an immediate impact in medicinal chemistry and the pharmaceutical industry. ’Given the importance of fluorine in pharmaceuticals, this method now allows us to make many molecules that before we could not readily make and thereby it could have a huge impact on the availability of potential drugs,’ Ritter explains. The method may also have applications in the development of agrochemicals, materials, and as tracers in PET and magnetic resonance imaging scanning.

However, Buchwald acknowledges that his team’s work is only the first step of many and that more work needs to be done in order to make the process faster, more efficient, user-friendly and more generalised. ’We hope we’re at the beginning of something that’s going to be really important but it’s obviously too early for us to tell. But it’s certainly a step in the right direction.’