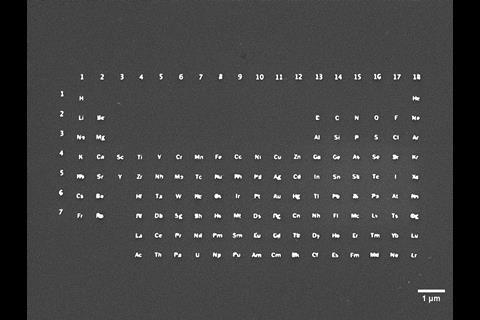 The world's smallest periodic table was created as a gift for Yuri Oganessian, the only living person with an element named after them 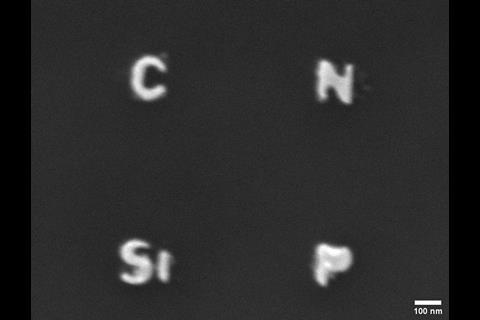 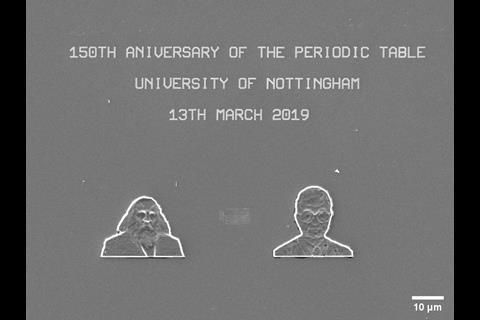 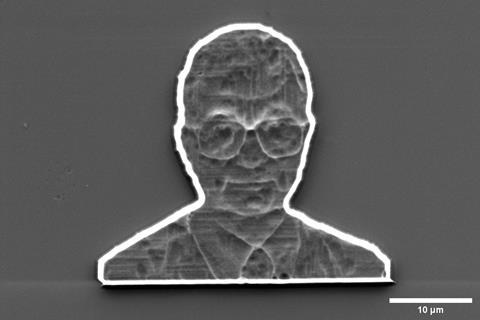 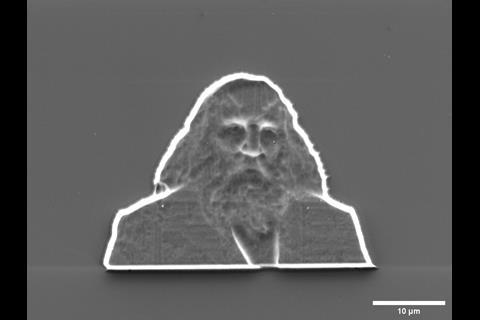 In 2010 the University of Nottingham received a Guinness World Record for creating the world’s smallest periodic table. Lovingly etched onto one of chemist Martyn Poliakoff’s own hairs, it measured just 90µm by 46µm. Now, researchers at the university have beaten their own record, using electron beam lithography (EBL) to engrave a periodic table that is even tinier.

The table was presented on a silicon chip along with miniscule portraits of Dmitri Mendeleev and Yuri Oganessian, in honour of the latter’s visit to the university. Oganessian is the only still living person to have a chemical element named after him – element 118, oganesson. Each portrait is around 30μm by 30μm, and the periodic table is just 14µm by 7µm, less than one fortieth the area of the previous record.

Richard Cousins, an EBL technician at Nottingham, created the periodic table and portraits using a beam of high energy electrons just a few nanometres in diameter to carve out a pattern in a polymer film to make a resist. The 3D pattern made on the resist can then be transferred to the silicon using reactive ion etching, and a thin layer of gold is deposited onto the chip using thermal evaporation. ‘The gold only sticks to the area defined using EBL and the rest is simply washed off in a solvent leaving behind the desired pattern,’ Cousins explained.

Oganessian visited the university on 13 March to give a keynote lecture as part of its International Year of the Periodic Table celebrations.