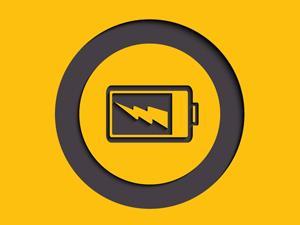 In a creative application of rational design, scientists in China have turned to nature to help overcome one of the key challenges facing the most probable successor to the lithium ion (Li-ion) battery. Lithium–sulfur (Li–S) batteries are cheaper, more sustainable and already capable of delivering up to three times the energy density of most Li-ion cells. However, they are held back by poor stability; a problem these researchers have confronted by functionalising the electrodes with DNA.

Li–S cells typically consist of a lithium metal anode and a carbon–sulfur cathode separated by a liquid electrolyte. Lithium ions dissolve from the anode during discharge, reacting with sulfur to form lithium polysulfides (Li2Sx) at the cathode, while the reverse occurs on charging. Some of the polysulfide intermediates are unfortunately soluble in the electrolyte and their dissolution from the cathode leads to irreversible loss of the active sulfur, adversely affecting cell performance.

Several strategies have been tested to reduce the Li2Sx dissolution problem, which often involve coating the cathode to isolate sulfur from the electrolyte, or hybridising it with third party materials that can help to anchor Li2Sx to the cathode surface through electrostatic interaction with the lithium ions. The drawback with these approaches is that there is often a penalty resulting from substitution of the active materials that can increase internal resistance or reduce capacity.

Chenggang Zhou and his colleagues at the China University of Geosciences, Wuhan, are specialists in the field of battery materials. In their search for an additive that was molecularly lightweight, dispersible on the carbon–sulfur cathode material, and rich in sulfur-loving functional groups, they thought of DNA. Computational chemistry verified that functional groups common in all four of the nucleobases that comprise DNA were sulfur-loving, with phosphate groups exhibiting the strongest adsorption. Having confirmed their suspicion, the team then observed experimentally a three-fold enhancement in capacity retention after 200 discharge cycles by dispersing a small amount of DNA derived from salmon sperm onto the carbon–sulfur surface.

DNA has a high concentration of heteroatoms, including oxygen, nitrogen and phosphorus, to anchor polysulfides

‘Although DNA is already widely employed in materials chemistry, our research is the first demonstration of DNA being used to anchor polysulfides in Li–S batteries,’ explains Zhou. ‘A very small amount of DNA — less than 1% of the total active components — results in a significant improvement in cyclic performance.’

Battery researcher Shizhao Xiong from the National University of Defense Technology in China says even though other studies have experimented with trapping polysulfides in the cathode host material, the idea of loading DNA into it is extraordinarily brilliant and impressive. ‘Even if we ignore the improved performance of lithium–sulfur batteries, we will find that this work builds a brand-new bridge between traditional materials and biological materials fields.’