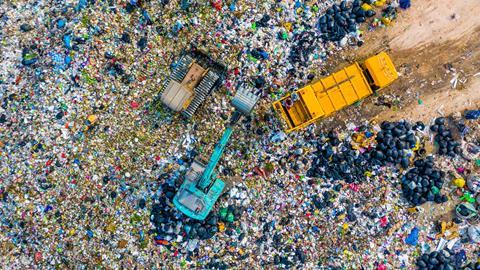 Nuclear agency proposes deregulating disposal of some US radioactive waste

The US Nuclear Regulatory Commission (NRC) is facing protests after proposing that low-level radioactive waste be disposed of in commercial landfills not explicitly designed to hold it, rather than at licenced radioactive waste sites. The NRC’s proposal, issued in March, declares that the agency’s intent is to limit this deregulation to ‘very low level radioactive wastes’, but Public Employees for Environmental Responsibility (Peer) states that the actual proposal allows doses to the public equivalent to more than 900 chest x-rays over a lifetime, with a cancer risk 20 times higher than the upper end of the US Environmental Protection Agency’s acceptable risk range.

In addition, Peer – which is comprised of government scientists, land managers, environmental law enforcement agents and others – says that this NRC ‘interpretive rule’ would allow unlicenced radioactive waste dumps to expose the public to levels of radiation two-and-a-half times higher than that permitted for licensed low-level radioactive waste sites under current NRC regulations. ‘Under this plan, the public would never even know that radioactive waste is being dumped near them, because current requirements of public notice and opportunity for a hearing and independent review by an Atomic Safety and Licensing Board would no longer apply,’ stated Peer’s Pacific director, Jeff Ruch.

For its part, the NRC anticipates that its proposal would provide ‘an efficient means’ for it to issue specific exemptions for disposal, or for licensees to transfer appropriate material to these exempt facilities. Comments on the NRC’s proposal are due by 20 April.