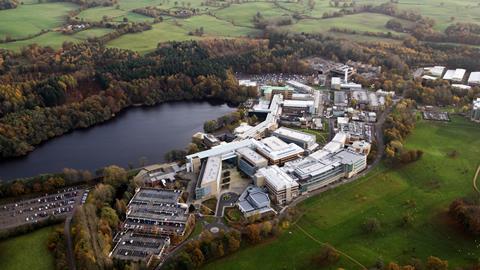 Nurturing the next biotech generation

As incubator environments evolve, options for new companies looking for support are broadening

What type of environment is best to foster biotechnology startups through their first years? With more UK universities putting resources into supporting spinout companies, and dedicated life science incubators springing up at sites abandoned by large pharmaceutical firms (and elsewhere), the options for entrepreneurs are expanding in scope, style and availability.

Keith Powell, a London-based serial entrepreneur who is now chairman of Canbex Therapeutics and several other companies, was part of a panel debating the benefits of academic vs industrial incubation environments at the Genesis conference run by UK life sciences network One Nucleus in December. Powell got involved in biotech during the wave of investment in the UK and European biotech sector on the back of the turn-of-the-millennium dotcom boom. Investors who had rapidly made millions from technology firms invested heavily in drug development and biotech, but it didn’t last. ‘Many of the companies that invested in the UK didn’t understand that it can take decades to recoup an initial investment in drug discovery. The US market, particularly in California, invested more in early-stage discovery, was more experienced and more willing to be patient,’ he remembers. 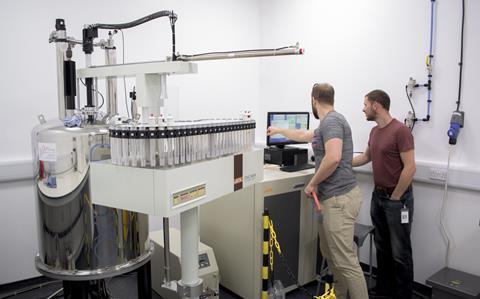 Incubators can provide business support, as well as centralised facilities like NMR spectrometers, which would be too expensive for individual companies to buy and operate

In the early 2000s, Powell worked for the Bloomsbury Bioseed Fund, which supports commercialising research from University of London colleges in the Bloomsbury area of north London. At one point he was simultaneously chief executive of five embryonic companies. One of these, Domainex, was recognised by the Financial Times in 2018 as the ‘fastest-growing drug discovery contract research organisation in Europe’. It started with a discovery by Renos Savva at Birkbeck College in 1999 that introducing certain mutations into genes could enable bacteria to produce isolated protein domains.

Domainex survived its first years only through a combination of grant funding (£1.3 million over 5 years from the Biotechnology and Biological Sciences Research Council); £250,000 from the Bloomsbury fund, and an initial deal with Inpharmatica, a bioinformatics company that had spun out of University College London a few years earlier. Deals with pharma companies including UCB followed, enabling Domainex to leave the University bench. It now employs over 60 scientists in one of the Cambridge research parks and a base in the US. ‘We couldn’t survive without strong international links, as there aren’t enough customers for our specialised drug discovery services in the UK alone,’ says Savva.

There are other reasons why biotech- and chemistry- based startups have a harder time in the UK than in, for example, California. One is the cost and availability of lab space: at one point, Domainex was paying £98,000 a year for two postdocs to work on a Birkbeck lab bench ‘the size of a large café table’, Powell explains. ‘Organic synthesis requires fume cupboards that are expensive to put in, and an incubator owner will expect a client to guarantee, say, 5 years’ use to justify installing them.’ 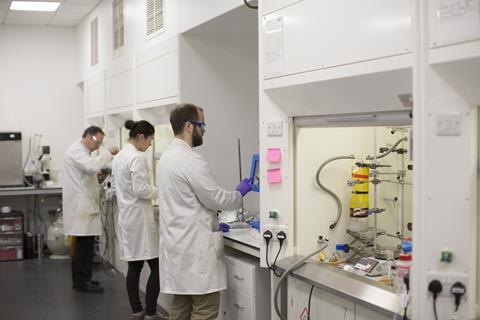 It can be difficult to persuade non-specialist incubators to install fume cupboards for chemistry, and dedicated lab space is often in short supply

The nearest UK equivalent to California is the so-called ‘golden triangle’ of London, Oxford and Cambridge. The University of Oxford has its share of serial entrepreneurs who have been spinning out companies for over 20 years. These include Graham Richards, head of the university’s chemistry department from 1997–2006 and before then a founder of cheminformatics company Oxford Molecular. During his time as head of department he found a novel way to stimulate Oxford chemists’ interest in commercialising their research. He was searching for funds for a new building to house most of Oxford’s chemistry research; the investment bank Beeson-Gregory, now part of the IP Group, offered a significant chunk of the required amount, in return for a share of the revenue from any companies spun out of the department’s research in the following 15 years.

Several successful companies emerged from the department during this period, starting with InhibOx, another cheminformatics company spun out of Richards’ own research. It grew out of a public-interest research project that used distributed computing – essentially the spare cycles of millions of individual home PCs – to search for compounds that could bind to cancer drug targets chosen by Oxford’s oncologists. The project was popular and successful, but not a financially viable model. InhibOx was founded to take the principles and data-management skills learned into cheminformatics services, and it has evolved – via a name change to Oxford Drug Design – into a drug discovery company focused on novel antibiotics. ‘Funding was very tight for little companies like ours after the financial crash’, says chief executive Paul Finn. ‘Changing our focus enabled us to survive and thrive with funding from both public and private sources.’ It is still a small company, but Finn explains that outsourcing ‘almost everything’ will enable a staff of five computational chemists to take new compounds into clinical trials.

Oxford University Innovation (OUI) has been supporting university spinouts for over a quarter of a century. It was originally known as Isis Innovation after Oxford’s river, but changed its name in the early 2000s. It grew gradually at first, in parallel with the UK’s life sciences ecosystem, but expanded rapidly after the arrival of Oxford Sciences Innovation as a preferred investor in 2015. In 2018, OUI supported over $500 million of investment in 125 companies including 24 new spinouts. The star of its portfolio is Oxford Nanopore Technologies, a next-generation DNA sequencing company founded in 2005 and now estimated to be worth £1.5 billion. ‘Nanopore is a truly international company with bases in the US and China and operations in many European countries’, says OUI’s marketing and communications manager, Gregg Bayes-Brown. ‘But its heart is in Oxford, within Oxford’s innovative ecosystem and, crucially, close to the lab where its founder, Hagan Bayley, still runs a research group.’

The commercialisation infrastructure is less well developed outside the golden triangle, even around the UK’s research-intensive universities, but it is growing. The universities of Bath, Bristol, Exeter, Southampton and Surrey collaborate to run a business incubator, SETsquared, with facilities in each city. One of its earliest success stories was Ziylo, launched in 2014 by Bristol chemistry graduate Harry Destecroix and his supervisor Tony Davis. Ziylo develops glucose-binding molecules designed in the Davis lab, and was acquired by Danish diabetes specialist Novo Nordisk in 2018. 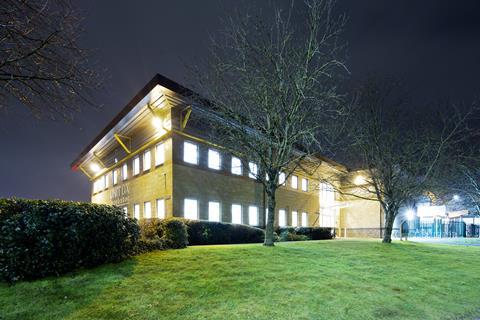 Frustrated by the lack of science incubator space in Bristol, but determined to stay in the city, Ziylo’s Harry Destecroix set up Unit DX

Bristol shares with Oxford and Cambridge the advantages of a vibrant, attractive environment but also the disadvantages of a crowded and expensive one. When Destecroix and Davis founded Ziylo, they found no lab space outside the University that the new company could use. Committed to staying in Bristol, they raised funds to convert a disused warehouse in the city centre into rentable lab facilities as Unit DX. ‘We now provide enough lab and office space for 26 companies of different sizes, with all labs fitted out to category 2 biosafety specification and 24 ducted fume cupboards,’ says centre director Ashley Brewer. ‘I’m sure some companies would have never been formed or would have left the city if they had not had our space to move into.’

However, if a UK-based startup expects to need a lot of lab space, it is unlikely to find a permanent home in a city centre. As larger pharmaceutical firms have retreated from early-stage drug discovery and to some extent from the UK, they have left behind sites that are well set up for research-based companies to move into - both in terms of laboratory space and connectivity to central resources. Alderley Park on the former AstraZeneca (AZ) site in Cheshire is a case in point. AZ’s decision to move its UK headquarters to Cambridge in 2013 proved unpopular with many of its scientists, not least because of the house price differential between the north west and what is sometimes known as Silicon Fen. The site now hosts over 200 companies, including startups (many of which were spun out from AZ itself) alongside more established life science companies. Companies can also take advantage of having the Cancer Research UK Manchester Institute, the public–private Antimicrobial Resistance Centre, and Innovate UK’s Medicines Discovery Catapult on site. ‘To enable these businesses to grow and develop, the Alderley Park Accelerator offers business support to startups and scale-ups, including a mentoring programme in which over 200 senior scientists and established entrepreneurs provide their advice and support,’ says managing director Chris Doherty. 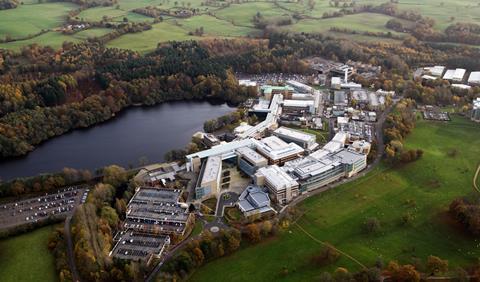 Alderley Park in Cheshire, former UK headquarters of AstraZeneca, is now home to over 200 small and medium-sized companies, and several government and public-private institutions

Alderley Park is attracting companies from farther afield, including from within the golden triangle. Econic Technologies was spun out of Charlotte Williams’ lab at Imperial College London in 2011 to commercialise techniques for using carbon dioxide as a raw material in plastics. It occupied part of Imperial’s incubator in the basement of its School of Mines for four years, but moved north in 2016. ‘Since moving to Alderley Park, we have doubled in size,’ says Mike Kember, head of research. ‘We now have three labs on site with about 50 fume cupboards, and a pilot plant at the Heath in nearby Runcorn. With shorter commutes and lower house prices, it offers our employees a better quality of life.’

In the end, companies need three things to thrive: the right people, the right investment and the right infrastructure. Where these come together, success can arise anywhere in the UK: not just among dreaming spires or rolling hills.