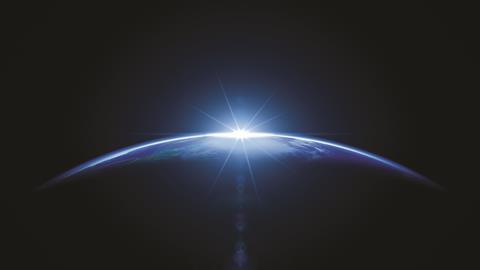 On the innovation horizon

As head of Johnson Matthey’s external innovation division, it’s Nelson’s job to step into the unknowable. But how does industry spot and support emerging technologies – those innovations that will transform society? And how do research groups even draw attention to a space where no one has gone before?

It helps if your fundamental research is entwined with a visible application, as is the case in the infrared (IR) sensing community. ‘Sensing, by nature, is a technology that is always close to its applications,’ explains Boris Mizaikoff from the University of Ulm, Germany. ‘As soon as you have a technology that measures something, you can clearly think in the next step about a useful application of that technology.’

Mizaikoff has worked on mid-IR sensing for decades, and was quick to identify a problem with the technology. ‘The main issue was that when laser technology came along, there were really no matching waveguides,’ he says. ‘For a reliable measurement, photons need to interact very reproducibly with molecules to obtain a quantitative analytical signal.’

by developing waveguides that align (or collimate) IR signals, Mizaikoff’s group has created a series of sensors that are portable and accurate. Although such innovations will find a home in academic research, the small modification may have a large impact on medical diagnostics.

Consider the nexus between energy, food and water – you can’t innovate in one of these areas without either directly or indirectly affecting the others

Paving a strong road to market, Mizaikoff has had no problems in securing industrial support. ‘We’ve always worked in very close collaboration with industry,’ he says. ‘Approximately half of our funding always came from either direct industrial contracts or collaborative research projects with industry.’

Such industrial support is invaluable when it comes to spotting gaps in the market. But for others involved in sensing, even if you have the ‘next big thing’, it’s not always easy to detect a suitable market. ‘The first real challenge was to identify the market,’ says Benedikt Kirchgaessler – founder of CyanoGuard, which has developed a chemosensor that detects cyanide in blood, food and water.

Cyanide contamination is a global problem, with both accidental and natural releases of the toxic chemical leading to severe environmental and health issues. Kirchgaessler and his partners Felix Zelder and Christine Männel-Croisé have developed a cobalt-based chromophore sensor that changes colour when cyanide binds to it. 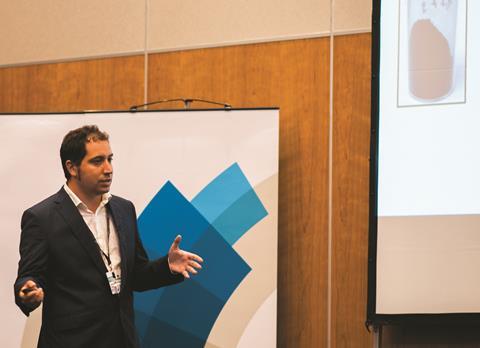 Given no such commercial technology exists in this field, the possibilities for CyanoGuard are huge. But, by that token, the team is entering a fragmented market, according to Kirchgaessler. ‘There’s still a big gap between making it work in the lab on the bench, and then transforming it to business,’ he says.

As a small spin-off company from the University of Zurich, Switzerland, the team had to prove the sensor’s worth. Although a number of small agricultural companies had expressed interest in CyanoGuard, the team tried to take the initiative and approach bigger businesses. They met with a fragmented system. ‘Even when you have the right company, you can still end up with the wrong person,’ comments Kirchgaessler. ‘Then it stalls the whole process.’

Kirchgaessler believes networking events and competitions, such as the Royal Society of Chemistry’s Emerging Technologies competition, are an effective way for disruptive tech companies to get their foot on the market ladder. ‘The best platforms, networking, bringing people together – this is the crucial point,’ he says.

For those academic start-ups struggling to find a path to commercialisation, some universities are offering support at the early stages of development. As a knowledge exchange scientist at the University of Liverpool, UK, Rebecca Docherty is a researcher who is responsible for commercialising innovative materials.

Along with her colleague Ming Liu, Docherty has been developing porous organic cages that capture formaldehyde from air. ‘We realised this material, the cage material, is way better than the competing technology,’ explains Docherty. ‘It absorbs about 500 times as much formaldehyde as activated carbon.’ The pair believe such a filter could be incorporated into products that release formaldehyde, such as paints and fibreboard, or protective equipment like face masks.

While helping to develop the product, Docherty’s role is unusual. She is an academic researcher employed to also develop a business model. ‘I am concerned with protecting intellectual property, filing patents and things like that, whereas I guess a postdoc would be very concerned with publishing academic papers,’ she explains. ‘Ming Liu – he’s the one making the material. I recognise that we should protect the IP.’

Docherty builds relationships with industry and lays the groundwork for commercial opportunities. Although she works closely with large companies, the group also wants to link up with smaller outfits in the local community. ‘For some of the projects we have had quite long-standing relationships with some companies like Unilever,’ comments Docherty. ‘We work alongside them more, but … I want to interact with SMEs [small and medium-sized enterprises], maybe ones in Merseyside.’ 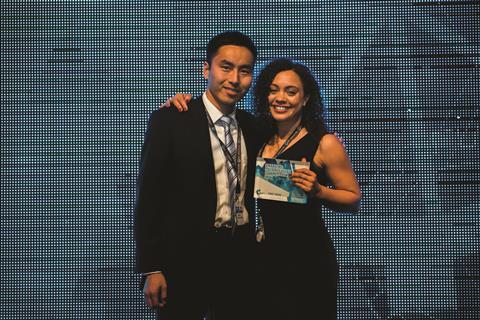 The University of Liverpool has also found another way to encourage industrial collaborations and nurture future innovations. Set to open later this year, the Materials Innovation Factory (MIF) will bring together academics, industry and SMEs under one roof.

Other institutions, SMEs and businesses will be given access to the MIF’s research hotel – an open access area housing automated robotics, characterisation tools and microscopy suites. The area will also allow those on residency at the hotel to tap into the expertise of Liverpool’s academic staff.

‘SMEs will definitely benefit,’ says Docherty. ‘They won’t need to buy all this expensive equipment themselves, they won’t need to have someone working on staff that knows how to use them, they can pay to use them and they’ll be guided through that work.’

Docherty’s role at the University of Liverpool, as well as the MIF, is emblematic of how industry and academia are working together to help disruptive technologies penetrate the market. But this attitude to commercialisation is relatively new for both industry and research groups.

‘I remember in the early 1990s, we really had sometimes a hard time convincing industry of investing into a new technology – now it’s the other way round,’ says Mizaikoff. ‘Companies are approaching us, because they are reading the scientific literature, they are attending scientific conferences.’

But it’s a two-way street and academics have also had to change their approach, according to Mizaikoff: ‘As academic researchers, over the last maybe 20–25 years, we were more urged to justify what we were doing in an application perspective – rather than doing research only in an ivory tower.’

Nelson agrees with Mizaikoff’s sentiment that industry had adopted a hands-off approach to innovation in the past. ‘If you look to maybe as recently as 10 years ago, I think industry was fairly guarded in its approach towards open innovation,’ says Nelson. ‘I think what you’ve seen over the past ten years is really an evolution in industry to say: you know what, we can win both with ideas and partnering together to develop those ideas.’

But the company doesn’t only take interest in ideas related to its core businesses, instead opting for an open approach. ‘We’re looking for ideas that would really allow us to tap into new markets, new opportunities, solve some of society’s great challenges,’ says Nelson. These ideas can stem from environmental or sustainability concerns, energy solutions or urbanisation.

Even when you have the right company, you can still end up with the wrong person. Then it stalls the whole process

For Nelson, the reason the company is widening its horizons is simple. ‘There’s a higher degree of interconnectivity between the various innovation domains and the various markets,’ says Nelson. ‘Consider the nexus between energy, food and water – you can’t innovate in one of these areas without either directly or indirectly affecting the others.’

Nelson believes fostering these relationships with external partners will help JM understand these networks. But eXovation only forms part of this picture. Company staff regularly visit universities and discuss emerging trends, while also challenging researchers to seek out new technology.

At the heart of all of these interactions is communication and breaking away from the limited interest in the future technologies of yesteryear. How can disruptive technologies emerge, if no one is around to witness them? ‘Unless you’re talking across sectors and talking across businesses and markets, you don’t always know what other technology exists,’ stresses Nelson.