Estimates put a $10bn price tag on every year of delays

Getting a patent can take more than ten years in some countries, which is hampering development and costing the global economy dearly in lost innovation and jobs. Research from the Center for the Protection of Intellectual Property (CPIP) shows that the problem is not confined to developing nations, but that queues are lengthening in Europe too. 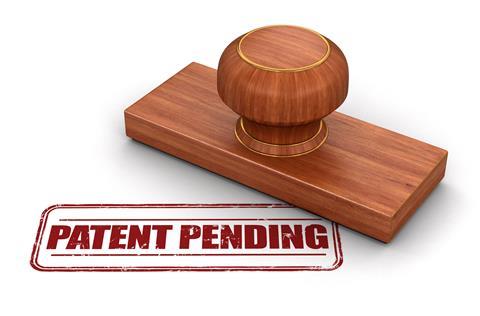 Looking at an eight-year period from 2008 to 2016, the CPIP found the average time from application to grant was over ten years in Brazil, and 5.5 years in Europe. Waits can be longer: in Thailand in 2015, granted pharmaceutical patents had on average been waiting for 16 years. Delays are as lengthy for life sciences as for mobile technologies.

Growing numbers of applications, and a lack of patent examiners in some countries, are behind the delays. CPIP’s director of academic programs Mark Schultz, who co-authored the report, says patents ‘don’t just incentivise innovation, they provide security and incentive to invest in a business, as well as to commercialise a product’.

The report quotes a 2010 estimate of the cost to the global economy of one extra year of delays at the US, European, and Japanese patent offices of £7.6bn ($10bn). Schultz says the figure, based on work carried out for the UK Intellectual Property Office, is credible based on factors such as the loss of income to patent offices when applications are abandoned due to delay. He points out that a recent study of a cohort of nearly 46,000 US start-ups showed that for every year an ultimately successful application was delayed, a firm’s employment and sales growth over the subsequent five years was reduced by 21-28%, and the chances of the firm going public was almost halved.

However, some patent attorneys say delay can be helpful. ‘Applications are often speculative, and technology may fail,’ says Steve Jones, a patent attorney and director of chemistry and life sciences at law firm Adamson Jones. He is not hearing complaints from companies about delays, and questions the scale of the estimated cost of delays. ‘If you speed up the process, you compress costs into a shorter time scale and you’ve [potentially] wasted money,’ he says. Delays also allow time to assemble search results from multiple patent offices.

Far more important, he argues, is the time taken to get regulatory approval: patents are often granted before the regulatory process is complete. If time is critical, some patent offices will offer accelerated processing, but that too may be costly. However, that remedy is not available in Brazil or India. ‘One problem with any kind of remedy that puts some patent applications to the front of the queue [is] unless you’re increasing the resources the office has, it ultimately hurts others,’ says Schultz.

The situation can be remedied, ‘if countries can be persuaded that they are losing out economically and that their start-ups are losing out. It’s the political will to choose to provide the resources’, Schultz says. Korea, which takes on average 2.8 years to process an application, shows that it can be done with speed and quality.

Another issue is a willingness to share work with other patent offices, which the US, UK and Japan do. ‘You can still apply your own standards, policy and law but save time. It’s puzzling that some developing countries are unwilling to do this,’ says Schultz. He adds that both UK and US patent offices are looking at real process innovation and IT systems to shave months off, while India expects to double its number of patent examiners.