Regulators are stepping up inspections, and discovering ever more problems 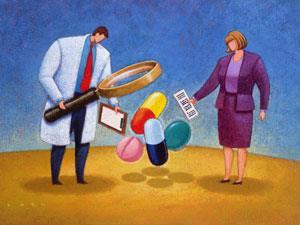 As regulators step up inspections, ever more problems come to light

A spate of recalls and regulatory issues has brought pharmaceutical manufacturing into the spotlight once more. For example, several incidents in India have led the US Food and Drug Administration (FDA) to recruit over 50% more inspectors in India, as part of a programme of increased overseas inspections.

‘A combination of more diligent and extensive inspections and some bad cost-cutting decisions in reducing spend on quality control is coming back to bite some companies,’ says Kevin Bottomley, managing director of strategic business advisors Results Healthcare.

The problems have been significant. One company, Ranbaxy, agreed a $500 million (£310 million) settlement in May with the US Department of Justice after manufacturing failures. However, in September, the FDA imposed an import ban on drugs made at the company’s site in Mohali, India, after inspectors discovered good manufacturing practice (GMP) violations there. Similar bans dating from 2008 on two other Ranbaxy sites, in Paonta Sahib and Dewas, remain in force.

The UK Medicines and Healthcare products Regulatory Agency (MHRA), meanwhile, issued a recall in mid-October for five products made by Wockhardt in Chikalthana, India, after discovering manufacturing deficiencies, including inadequate validation and production controls, and poor record-keeping. This follows a recall of Wockhardt products made in Waluj, India, after an inspection in March. Poor cleaning practices and defects in the building fabric and ventilation systems were uncovered, along with evidence of forged documents.

The Waluj site was also the subject of a damning report from the FDA in July that led to an import ban. As well as condemning the company for repeatedly preventing FDA inspectors from doing their job, it highlighted multiple violations of good manufacturing practice, ranging from hidden evidence of quality control failures and destroyed samples, to pools of urine near the sterile manufacturing area.

There has been a knock-on effect for western pharma companies. ‘The recent trend to acquire emerging market operations has, in some cases, reduced the overall quality of the facilities in a given network,’ Bottomley says. ‘There is now a clear recognition that supply chain integrity is key, and several larger companies are starting to bring the manufacture of key products back in-house.’

Western manufacturing facilities are not exempt from criticism, however. At the beginning of October, sterile injectables manufacturer Ben Venue Laboratories of Bedford, US (part of Boehringer Ingelheim), announced its closure, with the loss of 1100 jobs. Operations were suspended in November 2011 after manufacturing concerns were highlighted by the FDA, causing drug shortages – notably of Janssen’s cancer treatment Doxil (liposomal doxorubicin). Limited manufacturing resumed a year later, but the company is now pulling the plug completely.

Some companies have even experienced problems that prevented drugs gaining initial approval. Allergan, for example, had inhaled migraine drug Levadex (dihydroergotamine) delayed in April because of concerns about standards at aerosol manufacturer Exemplar Pharma in Fall River, US. And Impax Pharma was told in January its Hayward, US, facility had to pass a re-inspection before its extended release carbidopa-levodopa product could gain approval.

While many of these problems arise from quality control failures, according to Nicholson Price from Harvard Law School’s Petrie-Flom centre for health law policy, biotechnology and bioethics, this is not the only problem – regulatory constraints can prevent process improvements being made. The manufacturing process is approved as part of a new drug application (NDA), and thus many companies continue using the same processes for decades. Making changes post-launch is expensive, yet including new technology in an NDA risks delaying approval, reducing the time the product is on the market before its patent expires.

‘Regulatory agencies tend to be fairly risk averse, so if the FDA is not familiar with a new technology, however good, it is likely to delay approval,’ Price says. ‘The cost of making changes after approval is also significant. Yet continuing with the same procedure for 20 years runs the risk of things getting worse, rather than better, with equipment getting old. It is also hard to change methods that impact the drug specifications, which are set before the start of clinical trials.’ Regardless of whether these changes make any difference, manufacturing methods get locked in over time.

Price suggests the deadlock might be fixed if the FDA considered new manufacturing technology separately from the NDA process. ‘If the FDA could agree in advance it was a good idea, a company would be less worried about delays,’ he says. ‘I think this could go a long way to persuading companies to implement new technologies to improve manufacturing processes.’