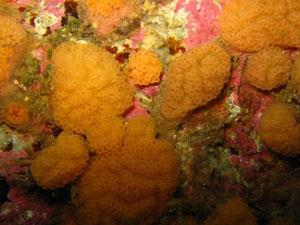 A new project will soon see scientists trawling the ocean bottoms for new bioactive compounds. Scientists on the PharmaSea mission will haul samples of mud and sediment from the deep sea, isolating marine organisms in the hunt for novel drug candidates.

‘We are proposing to find several hundred compounds that are new or novel,’ says Marcel Jaspars, director of the Marine Biodiscovery Centre at the University of Aberdeen, UK, who is leading the project. Treatments for bacterial infections, parasitic diseases and central nervous system disorders are top of the list.

The four-year project is supported by over €9.5 million of EU funding and brings together 24 partners from 14 countries from industry, academia and charities. Organisms of interest will include marine bacteria, fungi and sponges. PharmaSea will gather its first samples from the Atacama Trench in the Pacific Ocean next autumn.

The RSC’s ChemSpider database, which contains over 28 million structures, will play a part in establishing whether or not these compounds are already known. ‘ChemSpider will help the scientists identify compounds much more quickly by offering access to natural product data resources and algorithms to assist in data analysis,’ says Antony Williams, RSC vice president of strategic development.

‘The basic premise is to look in extreme or unusual environments and find new species of fungi and bacteria,’ says Jaspars. ‘We can use those to give us new chemistry and that will have new biological activity for treating disease,’ says Jaspars. ‘For the average sample you pull up from 3000m, 50% of species found will be new to science, giving new chemistry with new biological activity. It’s the last frontier of life.’

PharmaSea’s plan is to get drug candidates to the stage where big companies would be interested in licensing or co-developing a new compound.

William Fenical, a pioneer in the field of marine natural products at Scripps Institution of Oceanography in California, says the kind of exploration that will be carried out by PharmaSea would never be done by big pharma. ‘It is up to entrepreneurial folk and faculty in research institutions with good solid chemical training,’ he says.

Fenical agrees that the discovery of new drugs is a strong motivation. ‘70% of the Earth is ocean bottom. And the bottom sediments contain about a billion cells per cm3, about the size of a sugar cube. So this is also about understanding the planet we live on.’

Jaspars adds that many marine organisms have novel arrangements of carbon atoms, which are of interest to industry. ‘Having a completely new [carbon] skeleton to work on is always good. And the more novel your structure the more likely you are to have a strong patent,’ he adds. ‘The patent on a new compound with a new activity is much stronger.’

Roger Linington, an organic chemist at the University of California, Santa Cruz, points out that two-thirds of US Food and Drug Administration approved drugs come either directly or indirectly from nature. Extending the approach to new environments such as deep sea trenches should yield a new generation of therapeutic leads. ‘Bacteria in the ocean are under very different environmental and evolutionary pressures than their counterparts on land,’ he adds. ‘The range of compounds that these bacteria make is therefore quite different … The PharmaSea consortium is in an excellent position to obtain bacteria with fundamentally unique biosynthetic capacities, which in turn hold promise of yielding the next generation of antibiotic drugs,’ Linington concludes.

After Atacama, PharmaSea scientists will begin investigating the arctic waters off of Norway and the antarctic with Italian and South African partners. They also plan bioprospecting trips to deep sea trenches off of New Zealand and China.