The question of whether natural gas locked in ice, known as methane hydrates, can help the world keep pace with its growing demand for energy will soon become clearer. Pilot studies on gas extraction are being carried out by a joint venture that will use a fully instrumented borehole which was installed in the Prudhoe Bay region of Alaska earlier this year. The tests will run from January to March 2012. 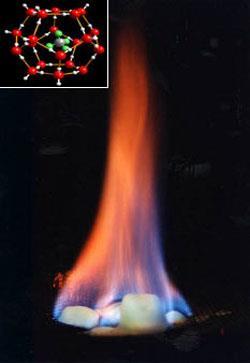 Methane trapped in ice crystals can be found on ocean floors

The project, which is being run by the US Department of Energy (DOE), the Japan Oil, Gas and Metals National Corporation (JOGMEC) and the US oil major ConocoPhillips, will trial two processes. The first involves injecting carbon dioxide into a methane hydrate bearing sandstone on the Alaska North Slope region, exchanging carbon dioxide with methane. It is also hoped that the process will result in the permanent storage of carbon dioxide within the formation.

After these exchange tests, the researchers will conduct a one month evaluation of a second alternative methane production method called depressurisation. This involves pumping fluids out of the borehole to reduce the pressure in the well; the depressurisation ’melts’ the methane hydrate, also known as clathrates, releasing methane and liquid water.

’Many experts believe that methane hydrates hold significant potential to supply this clean fossil fuel,’ says ConocoPhillips spokesperson Amy Burnett. ’At present, the technology does not exist to produce methane economically from hydrates. This trial is an important first step in analysing a production technology with potential both to produce this resource and to sequester carbon dioxide in the process.’

The DOE says, if these initial tests are successful, it plans larger field programmes to demonstrate the potential production rates. 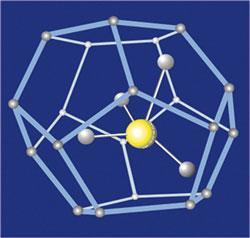 The US Geological Survey estimates that there is approximately 85 trillion cubic feet (TCF) of recoverable methane in gas hydrates across the Alaska North Slope. The US used 24.1 trillion TCF of gas in 2010. However, a major problem exists.

’While this represents three and a half times the US current use, there is no pipeline at present from there to the rest of the US, so any gas produced there would be used for local power generation or for reinjection into the oil reservoirs to maintain pressure and enhance oil production,’ says Arthur Johnson, a petroleum geologist and consultant for US-based Hydrate Energy International.

Johnson says that global methane hydrate reserves are estimated at about 43,000 TCF in sandstone reservoirs. Meanwhile, global methane use is about 111 TCF per year. This estimate represents more than 380 years of reserves at current rates of use, he adds, although there is ’great uncertainty’ in these estimates.

But the field is not without controversy. Methane is a very potent greenhouse gas, so there is concern that there could be adverse environmental consequences from tapping these hydrates. There are also warnings that drilling through hydrates near the sea floor could destabilise the area and trigger submarine landslides.

The test well that will be used in the upcoming DOE experiments contains numerous pressure gauges and a distributed temperature sensor to help researchers interpret what is happening in and around the borehole. The DOE says the primary issues to be monitored include the integrity of the seals - their ability to contain the released gas - and the potential for subsidence.

For the US, where there is currently a glut of gas, methane hydrate gas extraction is a tough sell. Natural gas from hydrates would need to be priced at $7 or $8 per million British thermal units (BTUs) to be commercially viable, Johnson estimates. But natural gas is currently selling for under $4 per million BTUs in the US.

However, for nations like Japan and South Korea - which have few domestic energy resources - and India and China - whose natural gas demand far exceeds their domestic resource - it might be commercially viable.