Researchers in the UK have coupled a virus with redox-active molecules, creating particles they say could be useful in nanoelectronics.

Researchers in the UK have coupled a virus with redox-active molecules. Such particles could become useful in nanoelectronics, they claim. 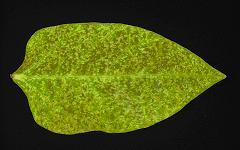 Dave Evans and colleagues at the John Innes Centre (JIC) at Norwich used Cowpea mosaic virus, a plant pathogen that can be purified in gram quantities from a kilogram of infected leaf material. Its structure is known at near-atomic resolution and is characterised by an almost spherical protein shell with 60 identical subunits arranged in fullerene-like symmetry. With its well-defined geometry and a diameter of 28 nanometres, the virus represents a nanoscaffold, to which precisely targeted modifications can be applied.

The JIC group used free amine groups present at the surface of the shell, to attach ferrocenecarboxylic acid, a redox-active molecule, via peptide bonds. Using electrochemical measurements, they determined that the ’decorated’ virus particles typically carry 240 ferrocene groups, or four on each subunit, and that each of the redox sites reacts independently of the others.1

In similar work due for publication shortly, the researchers decorated the free carboxylic acid groups of the virus particles,2 opening up the possibility of having two different kinds of electronic components arranged in well-known locations on the same nanoparticle.

’The ferrocene-decorated virus particle is a nanoscale analogue to synthetic, redox-active, metallodendrimers, which can act as molecular batteries, storing and releasing electrons,’ said Evans. ’The beauty of using the virus particle is that it is a preformed nanobuilding block that requires no sophisticated synthesis. It can be decorated with redox units, specifically functionalised further at different sites with other active and/or receptor groups, interlinked to give 2- or 3-dimensional arrays, or bound to conducting surfaces and may, in the future, provide new routes to nanoelectronic devices.’

Christof Niemeyer of the University of Dortmund, Germany, agrees: ’the work represents a nice example of how self-assembled biological architecture can be utilized for artificial devices, which, indeed, may have some application in real life,’ he told Chemistry World.