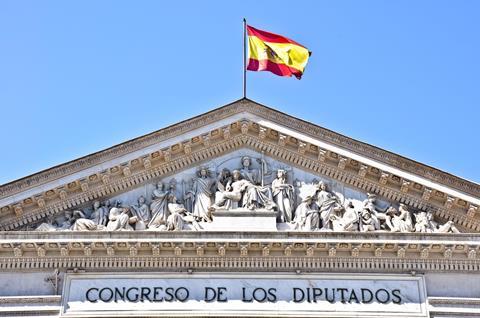 A major experiment in Carbon Capture and Storage (CCS) in León province, Spain, is facing an uncertain future because of an apparent lack of political motivation to develop the technology.

The plant, run by the City of Energy Foundation (CIUDEN) research institute in Cubillos del Sil, is one of the most advanced of its kind. But it will be inactive for eleven months this year. A European project will keep it open for a few weeks in May, but after that there’s nothing lined up.

CIUDEN’s workers blame management for not allowing them to apply for new contracts for political reasons. Ignacio Llavona, a workers’ representative at the institute, says the consequences of inactivity go beyond money, and are starting to damage the plant’s image abroad. ‘[The management] is letting the plant starve to death. It’s been three years already…and they don’t allow us to pursue any [new] ideas or initiatives,’ he tells Chemistry World.

Llavona says the change came when CIUDEN’s current director, Eduardo Castiñeiras, was appointed. ‘The plant hasn’t [started] any new projects since he arrived. We are living off past investments, and that has damaged our reputation,’ he says. CIUDEN’s management team declined to comment on the situation.

While the exact reasons for the plant’s near-abandonment are unclear, many think they are political in nature. Llavona speculates it is due to the political philosophy of Spain’s prime minister Mariano Rajoy, leader of the conservative People’s Party. ‘It may [be down] to economic reasons, the fact that the environment is not high in the [PP] agenda or even something pettier, like disregarding the plant because it was built by the socialist party,’ he says.

Scientists in the region are also concerned for the plant. Eloy Bécares of the University of León blames Spain’s political culture: ‘We don’t have any long-term planning, we don’t know what we want to be good at,’ he says, adding that political parties only invest with their electoral term in mind. CIUDEN was founded in 2006 by José Luis Rodríguez Zapatero’s socialist government, which may be a reason why ‘Rajoy’s government doesn’t want it anymore’ Bécares explains.

The facility is located in an area traditionally known for coal mining, and the plant was initially expected to absorb part of the unemployment caused by the end of those activities, which will stop receiving public funding in 2018.

A few years ago CCS technology was thought to be one of the key tools the Spanish government needed to meet its obligations to international agreements on climate change. But projects all over the country are losing priority, seeing their funding reduced and even facing closure.

Ángel Cámara from Madrid’s Technical School of Mines thinks this dire situation is symptomatic of a general lack of interest in research from the Spanish government. ‘It should be a national priority, so it’s difficult to understand,’ he says. He also notes that aside from the politics, high industrial costs are a hurdle for CCS projects. ‘If companies find the emissions trading market cheaper than preventive measures, they won’t pursue these technologies.’

Cámara particularly condemns CIUDEN’s political decline. ‘It’s one of the best in oxy-combustion, a world reference, and they are letting it die,’ he laments.