Healthcare workers’ tools to diagnose infections remain stuck in the past

The tools used to diagnose bacterial infections have barely improved since the 1940s. In fact, ‘most of our current testing methods are based on the methods developed by Louis Pasteur and Robert Koch in the 19th century’, the latest report from the UK’s Review on Antimicrobial Resistance concludes. 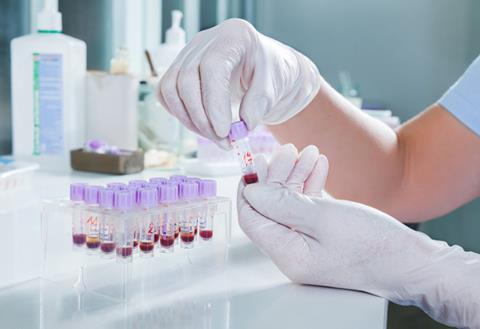 The report proposes new ways to support diagnostics to transform how doctors manage infections and slow antibiotic resistance. Chaired by economist Jim O’Neill, the review blames a lack of investment in innovation and uptake for stymying the diagnostic market. The report is also critical of the low use of available tests, such as those for gonorrhoea and syphilis, which though imperfect can reduce unnecessary prescriptions. The report points out that in 2013 80% of gonorrhoea cases in England were still susceptible to penicillin and 70% to ciprofloxacin, yet doctors prescribed the last line of defense – a cephalosporin and macrolide.

‘Antibiotics are relatively cheap and diagnostic tests are relatively expensive,’ says Colin Garner, chief executive of Antibiotic Research UK, a charity focusing on developing new antibiotics. ‘It can take 36 to 48 hours to know if someone has a particular infection, which is too long, since they sometimes need to be treated with antibiotics straight away.’

It is quicker and cheaper to go straight to the antibiotic, skipping past any diagnostic test, ‘just in case’ the antibiotic is effective. The tab for this practice is picked up by society: growing resistance to antimicrobial drugs. One study found that two-thirds of antibiotics prescribed for respiratory problems in the US were likely to be inappropriate, accounting for 27 million wasted courses a year.

Ideally, rapid diagnostics could reveal whether the infection is bacterial or viral, what type of bacteria are causing an infection, which drugs a bug is susceptible to and whether it is resistant to a specific drug.

The report proposes three interventions to stimulate the production of new and improved diagnostics. It suggests a pot of money to incentivise developers of the most useful products that prevent unnecessary antibiotic use. The previously proposed $2 billion (£1.3 billion) fund for blue sky research should also be open to those developing rapid diagnostics and healthcare systems should invest in studies to prove new technologies.

‘A difficulty I have is who is going to provide the $2 billion,’ says Garner. ‘I haven’t noticed a great rush by either governments or the industry to do that. I suspect if such a fund is created it will have to be paid for by [world] governments.’

In the end, the public will pay, says Anthony So, director of the global health and technology access programme at Duke University, US, but paying for ‘what is a classic public good’ as a private good may not deliver what we need. He adds: ‘Doing so through higher prices for diagnostics may turn out to be less efficient than paying upfront for the R&D of novel diagnostics.’

‘The diagnostic industry has a tendency to develop tests which confirm what a doctor believes is to be wrong with a patient,’ says David Dolinger at the charity Find. ‘What we need are tests that will help direct the treatment of patients.’ Find recently partnered with diagnostics firm Cepheid to develop a portable molecular diagnostic instrument that can run tests for HIV, TB and Ebola.

Early next year Cepheid and Find will begin trials on the instrument and also a test for TB resistant to the antibiotic rifampicin that can report back in a matter of hours. ‘We know though that diagnostics only work if their use improves how patients are actually treated,’ comments Dolinger. ‘To avoid unintended consequences of increased diagnostic testing, we need more research to understand the sociology of practice,’ So comments.

Diagnostic advances need to permeate not just developed, but developing countries, given how resistance can spread across borders. ‘They would have to be available around the world, rich and poor countries. I am a bit stumped as to how you have a diagnostic that is universally usable,’ says Garner.