Judging nanoparticle toxicity could be made easier by a new theoretical model that predicts which materials will make nanoparticles that could damage living cells. The model should enable regulators to streamline and prioritise nanotoxicology testing.

There is currently little experimental toxicity data on the vast range of available nanoparticles, and it is difficult to measure toxicity directly in any way that allows correlation with the properties of particular materials.

Enrico Burello and Andrew Worth from the systems toxicology unit at the European Commission’s Joint Research Centre in Ispra, Italy, therefore decided to put together a predictive model to help fill this gap. ’We have shown that it is possible to take a more rational approach to assessing nanoparticles,’ says Burello, ’and to make links between the toxicologists and modellers.’ 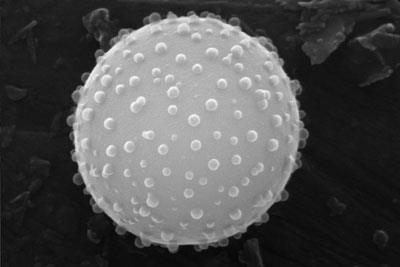 Nanoparticle use is growing faster than toxicology can keep up, so a model could help streamline and prioritise research

The model can predict the available electronic energy levels in the nanoparticle structure, and match them up with the oxidation potentials of reactions that would either remove antioxidants from cells or generate reactive oxygen species (ROS) like hydrogen peroxide or superoxide ions (O2-). Where these two values overlap, it means that the nanoparticles can accept electrons in these processes and cause oxidative stress in cells - either by eliminating antioxidants or producing ROS.

The team’s results correlate well with known toxicity data, for example titanium dioxide nanoparticles are known to produce oxidative stress and the model predicted them to have the right energy levels to do so. However, Burello, stresses that so far the model only incorporates one mechanism of toxicity. ’We focused on oxidative stress because it’s quite well known and an important mechanism of action,’ he says, adding that they are now trying to build in other factors such as ions leaching from the particles, interactions with proteins and lipid membranes. ’For each one we’re starting to identify the correlated properties and build up a mechanism of action.’

’This is a good first attempt at constructing a quantitative structure-activity relationship for nanoparticles,’ says Ken Donaldson, a nanotoxicology expert from the University of Edinburgh, UK. ’Toxicology takes a long time, and these materials are marching ahead in terms of their use and potential for human exposure,’ he explains, adding that any model that would allow materials to be grouped together in some kind of banding system would provide a useful practical guide to help protect people handling nanoparticles.