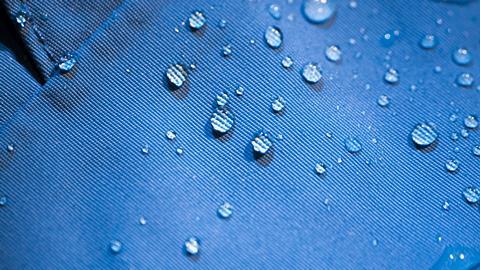 A move by the US Environmental Protection Agency (EPA) to designate two formerly widely used per- and polyfluoroalkyl substances (PFAS) as ‘hazardous chemicals’ means that companies deemed polluters will have to either pay to clean up the sites they contaminated, or reimburse the agency for the costs of remediation. The proposed rule has been strongly opposed by chemical firms that produce PFAS, as the clean-up costs could run to billions of dollars.

The proposal creates new reporting requirements for facilities that release perfluorooctanoic acid (PFOA) and perfluorooctanesulfonic acid (PFOS) – two of the best known and studied of the estimated 12,000 PFAS compounds out there. It also requires industries and government agencies responsible for the contamination to pay to clean it up. Earlier this month, 127 congressional members sent a letter to the EPA’s administrator, urging him to take such action.

The new designation will affect companies and others with any sort of legacy PFAS pollution concerns as well, according to legal experts. The EPA could order the owners of sites that were contaminated with PFOA or PFOS from historical use to investigate and clean up any residual contamination, they state.

PFAS have been used and manufactured across the globe since the 1940s, and they have unique properties that allow them to repel oil, grease and water, act as lubricants and resist high temperatures. These qualities have meant that PFAS compounds have been added to everything from non-stick cookware to raincoats, furniture and firefighting foams.

PFOA is probably best known for its use in DuPont’s Teflon products, and PFOS was a key ingredient in 3M’s fabric protector Scotchguard. These companies, among others, are accused of manufacturing and discharging PFOA and PFOS for decades, despite indications that these chemicals had detrimental health effects.

A US Chamber of Commerce report, released in June, estimates that the clean-up costs for PFOA and PFOS could total more than $17.4 billion (£15 billion).

An EPA designation of PFOA and PFOS as a hazardous substance doesn’t ban these chemicals, but it does require that their release into water or soil be reported to federal, state and other officials if they meet or exceed certain levels. For these two specific PFAS chemicals, the EPA is proposing a reportable quantity of 1lb (0.45kg) or more in a 24-hour period. Under the agency’s new proposal, if the reported level exceeds that threshold, then the EPA can require remediation to protect public health and recover the associated expenses from the polluter.

The agency says its proposed rule is based on ‘the totality of evidence’ about the ‘substantial danger’ that PFOA and PFOS pose to public health and the environment. It points to human epidemiology studies that have associated the chemicals with a wide range of health problem including high cholesterol, pregnancy-induced hypertension and preeclampsia, and cancer.

PFAS polluters to be held accountable

The EPA also notes concerns about the impact of these two chemicals on the environment. PFOA and PFOS have been shown to remain in the human body for years and breakdown exceedingly slowly in the environment.

Although manufacturers voluntarily phased them out years ago, PFOA and PFOS remain in the environment and are detectable in people’s blood, urine and breast milk because they – like other PFAS – degrade very slowly.

The EPA proposal represents the first time that the agency has used its authority under the Superfund law to directly designate new substances as hazardous, according to legal experts. Environmental organisations like the Environmental Working Group (EWG) and Earthjustice celebrated the development. ‘Today’s historic proposal will mean PFAS polluters are finally held accountable,’ said EWG’s vice president of government affairs, Melanie Benesh. ‘Thanks to this proposal, PFAS polluters will finally be forced to pay their fair share of cleaning up their mess.’

The chemical industry was, unsurprisingly, alarmed by the EPA’s action. The American Chemistry Council (ACC) said the agency’s proposal, if implemented, would represent an ‘expensive, ineffective and unworkable means to achieve remediation for these chemicals’. The trade group, which represents US chemical companies, noted that the new proposal is further complicated by the updated interim health advisories for PFOA and PFOS that the EPA recently issued in June, which dramatically tightened the lifetime health advisory for drinking water from 70 parts per trillion (ppt) for individual and combined levels of PFOA and PFOS, to 0.004ppt for PFOA and 0.02ppt for PFOS. At the time, the EPA acknowledged that these updated advisory levels challenge the current limits of detection.

The ACC cautioned that these interim health advisories for PFOA and PFOS could ‘lead to an expectation that all contamination be cleaned up to non-detectable levels’.

‘Given these significant impacts and the tremendous costs to multiple entities, the proposal represents a significant regulatory action requiring a comprehensive assessment of potential costs and benefits, and the public sector impacts before moving forward,’ the ACC concluded. The EPA also needs to provide science-based clean-up standards and clear, supporting rationale before issuing the rule. ‘Now is not the time to propose a rule that will be a significant cost on the treasuries of state and local governments, while the state of science is under development.’

The EPA will publish its notice of proposed rulemaking in the middle of September, followed by a 60-day public comment period. Publication of a final rule is anticipated by summer 2023.

Rob Bilott, a US attorney who has led lawsuits against DuPont, 3M and other companies over PFAS contamination for over two decades, said the EPA’s new proposal ‘sends a loud and clear message to the entire world that that United States is finally acknowledging and accepting the now overwhelming evidence that these man-made poisons present substantial danger to the public health and the environment’.

Bilott helped first uncover the widespread presence of these PFAS in the environment and human blood through litigation that began in 1998. He cautioned that it is important for any Superfund ‘hazardous substance’ designations to be used and implemented in a way that ensures it is the PFAS manufacturers, not water companies or other entities, who must bear the burden of the clean-up costs.

The executive director of the Solid Waste Association of North America (Swana), David Biderman, said he is ‘very concerned’ that the EPA’s proposal will have ‘substantial impacts’ on landfills. ‘It will cost billions of dollars that will be passed on to ratepayers and will likely have widespread unintended consequences, including deterring the clean-up of some sites,’ he stated. Swana supports regulation that targets manufacturers and other companies that profited from PFAS.