Quotas proposed to back younger US researchers 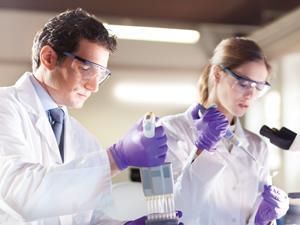 A US politician’s plans to introduce quotas to ensure that the National Institutes of Health’s (NIH) grants go to younger researchers is receiving opposition from somewhat surprising quarters – science advocacy groups.

A spokesman for the American Society for Biochemistry and Molecular Biology, Benjamin Corb, describes the congressman’s efforts as a Trojan horse to defund programmes or agencies that he dislikes.

Although the Federation of American Societies for Experimetnal Biology is sympathetic to the goal of increasing opportunities for early career scientists, spokesman Howard Garrison says it is ‘not enthusiastic’ about requiring NIH programmes to ‘produce a specific outcome’. He notes that early career scientists don’t usually get their first full time faculty position until their 40s, and typically that is required before a researcher can apply for NIH funding.

‘It is a complicated problem, and it’s not something that the NIH peer review system is responsible for,’ Garrison tells Chemistry World. ‘This is something that is system-wide that we are grappling with—it needs serious attention, but not necessarily by requiring NIH to fund more early career scientists.’

Republican representative Andy Harris, who used to be a medical doctor, recently published an op-ed in The New York Times lamenting that the average age researchers get their first investigator initiated NIH grant is 42, and that the median age of all NIH grantees is 52.

Harris, who sits on the House appropriations subcommittee that funds the NIH argues that some of the most innovative research comes from young early career scientists. He cites a 2005 National Bureau of Economic Research study that found that most of the 2000-plus Nobel prize winners and other notable scientists of the 20th century came up with their seminal ideas between the ages of 35 and 39. Therefore, Harris expresses concern about the substantial increase, over the last three decades, in the age of investigators who receive their first major NIH research grant. He also points out that between 1999 and 2003, when the NIH’s budget doubled, grants going to researchers under the age of 36 fell from 5% to 1.3%. NIH figures show that the age that a researcher receives their first investigator led grant has risen by five to six years between 1980 and 2001.

Harris plans to address this problem in two pieces of legislation that he has drafted and is expected to introduce by the end of the year. The first of these legislative proposals would direct the head of the NIH to ensure that the median age of first-time researchers receiving grants is under 40 by 2019 and under 38 by 2025. Harris’ second bill would eliminate the use of the ‘evaluation tap’ at the NIH, which was put in place in the 1970s and allows money to be transferred from one programme to another.

‘Just because you are funding people when they are younger, their ideas won’t necessarily be better,’ says Carrie Wolinetz from the Association of American Universities, an organisation of leading research universities. ‘With quotas you are bypassing the peer review process in a way that isn’t solving the root of the problem: insufficient resources in general to fund the number of amazing ideas.’

Turning off the tap

The NIH is estimated to lose $700 million (£440 million) a year as a result, and Harris is proposing to take those funds and use them to support young investigators. His proposal specifies that the money could only go to NIH grant applicants who have received no more than one research grant from the agency, and who are within 15 years of having completed their last degree or medical residency.

However, Corb says the legislation would codify ‘very bad ideas’ into law. ‘I don’t think that scientists would support Congress telling the scientific community whose research should be funded, and which researchers are the most productive,’ he says.

Furthermore, Corb accuses Harris of using younger researchers as political cover to defund programmes that he opposes, such as the Agency for Healthcare Research and Quality (AHRQ) – a tiny agency with a budget of about $400 million that is funded under the tap.

He and others suggest that the lawmaker’s real intent is to defund President Obama’s healthcare law, which has become highly politicised. Some Republicans see AHRQ as the operating system for that law. The appropriations subcommittee that Harris sits on has actually voted to eliminate all of AHRQ’s funding in the past.

‘Dr. Harris is relying on the country to not understand what the tap is,’ Corb says. ‘If he is appalled at the $700 million NIH has to pay out of the tap, what about the $1.6 billion that the agency lost as a result of the sequester last year, which he and his party supported,’ Corb asks, referring to the automatic across-the-board cuts that took effect in March 2013.