A new way of looking at cancer promises a faster, less invasive diagnosis 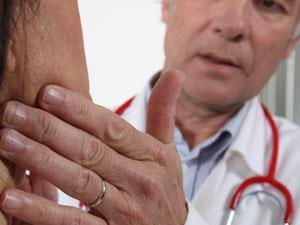 Currently the only way to identify whether a suspicious lump is something to be concerned about is to have it removed surgically and then examined by histological review. But a new diagnostic technique based around Raman spectroscopy could provide a faster diagnosis without the need for such invasive procedures.

Performing Raman spectroscopy by means of a needle, an ‘optical biopsy’ of enlarged lymph nodes could be obtained, making diagnosis quicker. The procedure could be carried out in a clinic, rather than an operating theatre, helping to reduce the number of surgical procedures performed every year.

Dr Ghulam Nabi, an expert in cancer detection from the University of Dundee, UK confirms that Stone’s work has the potential to advance the diagnostics of early cancer stages, but warns ‘for this work to be translated into clinical practise, real-time in vivo data would be needed.’

Stone agrees, and has recently developed a Raman needle probe prototype that is able to measure Raman signals in just a few seconds. He says the next step will be to maximise the signals obtained to minimise measurement time and ensure the probe gives reproducible signals.

Stone’s group are also thinking about how to scale up the manufacture of the probes in the future. Once this has been achieved the technique could be used to identify the many solid lesions of unknown pathology, such as cancers in solid organs, as well as the best place for localised treatment injections.