The EU’s Reach chemicals legislation could use 20 times more animals and cost six times more than originally estimated, according to two toxicologists.

The potential cost of testing these materials - both in terms of cash and number of animals - is enormous. Toxicologist Thomas Hartung of Johns Hopkins University, Maryland, US, and consultant chemist Costanza Rovida have called for a review of the legislation in the light of this in an opinion piece in the journal Nature.

Thousands of industrial chemicals were being used before testing under Reach became mandatory, and the legislation requires the safety of each one to be evaluated. However, Hartung and Rovida predict that full compliance with the legislation for all these chemicals could use 20 times more animals and cost six times more than original estimates. 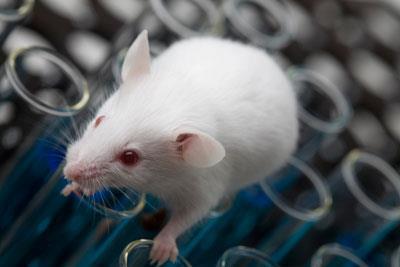 Those original estimates were based on chemical production data for 1991 to 1994, and suggested a probable cost of around €1.6 billion (?1.4 billion) and use of around 2.6 million animals. However, changes to the final legislation (such as including reaction intermediates) and the significant increase in the number of EU member states since 1994 mean these figures could be some way off the mark.

Hartung and Rovida suggest that under a best case scenario, complying with Reach is likely to cost €9.5 billion and require 54 million vertebrate animals over the next 10 years.

The biggest problem comes with the two-generation test used to evaluate reproductive toxicology, in which toxic effects are studied in the offspring of exposed rats and then in a second generation. According to Hartung, these typically take two years, require 3200 animals per chemical tested and cost €600,000 per substance. There is currently only capacity in Europe for about 60 of these tests a year, he says, mostly block-booked for pharmaceuticals and pesticides - in the past 25 years, only about 70 industrial chemicals have undergone these tests. An alternative, extended one-generation test is under development. While this would reduce animal use by about half, two member states are against it, adding a political problem.

However, it’s not just the cost - the false positive rate of these two-generation tests is extremely high. ’It could be that to identify the 2 per cent of critical substances 60 per cent would suddenly be labelled reproductive toxicants, but the majority would be false positives,’ says Hartung. ’This is a price we could not pay as these are some of the most valuable chemicals we have.’

Industry has to identify which chemicals should be tested by December 2010, and the researchers hope this analysis will encourage adjustments to be made to the legislation. ’It is important to prioritise the most suspicious chemicals, otherwise the testing facilities will be blocked by substances that are not worth the test,’ Hartung says. ’There is still time to react, and we can create a momentum for doing it more efficiently, using the best resources, and helping industry to avoid the risk of over-labelling highly valuable substances.’

He adds that the US has been following what has been going on in Europe, and while it is still a long way from legislation, the opposite approach is being taken. ’Instead of setting the testing demands and then asking how to test, they are trying to develop a new concept,’ he says. ’The Environmental Protection Agency favours high-throughput human cell-based methodologies, even though these are not available yet, knowing they need to be developed to test such large numbers of chemicals.’

The European Chemicals Agency (ECHA), responsible for managing Reach, has been actively promoting data sharing and the use of some in vitro tests has also been approved in a bid to reduce the number of animals needed for testing. The chemical industry is committed to reducing animal testing through the implementation of alternative methods, according to Roger Pullin, occupational health and environment executive at the UK’s Chemical Industries Association. ’We recognise that Reach is likely to result in an increase in animal testing and we are working to actively reduce unnecessary testing while ensuring our products continue to be safe and deliver societal benefits,’ he says.