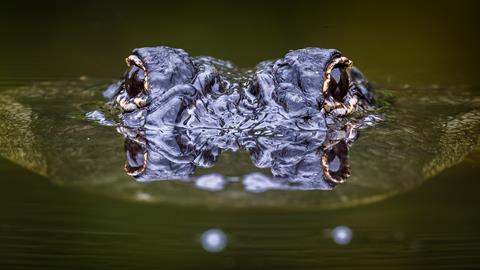 Predatory journals and conferences could become ingrained in research culture and compromise research integrity if left unchallenged. That’s according to the findings of a two-year global study by 140 science, engineering and medical academies, which looked at practices that put profit before scholarship.

The report from the InterAcademy Partnership (IAP) covers a spectrum of abuses that constitute predatory behaviour. From outright fraud and deception such as charging researchers to publish in journals with poor or no peer review to ‘well-intentioned low-quality practices’.

The report also surveyed 1872 researchers from over 100 countries, across all disciplines and career stages on their experiences of predatory behaviour. There was a high level of awareness among the respondents with 80% saying such activities were already a serious problem or were becoming a problem in their country of work. While 9% said they’d unwittingly published in a predatory journal, 2% had done so knowingly and 8% were unaware if they’d published in such a journal. Researchers in low and middle-income countries were more likely to report that they had used predatory outlets, or not know if they had, than those in higher income countries.

Extrapolating the survey findings to the world’s research population suggests over one million researchers are affected, with over $4 billion (£3.06 billion) in research funding potentially wasted and at least $178 million in article processing charges siphoned off by predatory journals.

Some researchers feel pressurised knowingly to publish in these journals

Researchers also reported concerns that failing to tackle predatory practices risked fuelling misinformation in public policy and could further widen the research gap between high income and low-income countries. 85% of survey respondents said the main challenge to combatting predatory practices was the commercial interests of the publishing industry.

Chemistry professor and co-president of the IAP, Richard Catlow, was surprised by the scale of the problem. ‘One of the disturbing [findings] is that some researchers feel pressurised knowingly to publish in these journals and that is because, quite frankly, of drivers in the system that shouldn’t be there … just depending on very crude publication metrics [for research evaluation] pushes this kind of behaviour.’

To tackle the problem, the IAP recommends an overhaul of funding, recruitment, promotion and recognition criteria; as well as a global discussion on how to transition to a low-cost, sustainable, and less profit-driven model of academic publishing.

Part of the problem is that ‘it’s such a fluid system, the journals keep springing up, as do the conferences,’ Catlow says. On top of that, there’s ‘no absolutely hard and fast boundary between “this is predatory” and “this is not”,’ so Catlow suggests it’s pointless to draw up lists of predatory journals. ‘At one extreme, there are unquestionably predatory journals – and conferences that really are fraudulent. But there is a grey area, where it is verging on predatory or you might just say, it’s just not a very good journal.’

Kyle Siler, at the University of Montreal, who is investigating predation in academic publishing agrees ‘drawing the line in the sand is difficult, but as controversial as listing is, sometimes you have to make binary policy decisions. I think that’s going to be the next step and it’s going to be contentious.’

The IAP’s recommendations therefore call for training for all researchers, as well as for funders and librarians; sharing of experiences of tackling predatory publishing and development of a governance mechanism to set standards, and help attendees and funders prioritise their resources.

‘We need to educate everybody,’ says Siler, ‘especially… anybody controlling the purse strings for research – and that includes lab leaders [who] pay APCs [article processing charges]. Funders at national and institutional level need to be doing their due diligence on where their money is ending up.’

He adds ‘The best way to defeat predatory journals is through choking off the money. Designing policy to best do that - that’s an important discussion we need to have as soon as possible.’