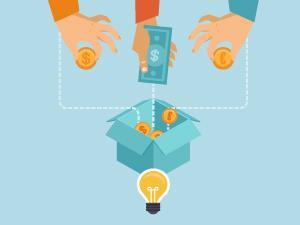 A proposal to create a ‘research bank’ that would be administered by a public–private partnership is being floated as a way to bolster US research agencies funding in times of austerity.

The idea is the brainchild of Michael Lubell, the director of public affairs at the American Physical Society, and Tom Culligan, the former legislative director for Representative Frank Wolf, the recently retired chair of the House appropriations subcommittee that funds the US National Science Foundation.

‘The question is whether scientific research and the [science and technology] enterprise is really able to thrive on a single year appropriations process that is broken,’ Lubell tells Chemistry World. ‘The answer, very clearly, is that it is very problematic.’ He points to the fact that there have been a number of US government shutdowns, as well as across-the-board sequestration cuts, which have made it very difficult to make long term plans for research.

The proposed research bank would be set up with $100 billion (£66 billion), and would be used to smooth out some of the fluctuations in the US’s government science funding. It would also offer an outlet for businesses and industry to invest in something long term that they couldn’t justify to their stockholders if they were doing it on their own.

The initial $100 billion is predicated on revisions to US tax codes that are expected over the next two years, and it would be achieved presumably through so-called repatriation.

Current estimates indicate that multinational corporations are storing at least $2 trillion in ‘offshore’ income. Corporations have already paid local taxes on this money and would have to then pay US taxes if they brought it back into the country. There has been some interest in policies like ‘repatriation holidays’, which would offer tax breaks for multinationals that return their profits to their US parent corporations.

There appears to be some interest in Congress and the White House in trying to repatriate these funds by lowering corporate taxes that would be due on that money to below the usual 35% rate. During his State of the Union address, President Obama advocated closing tax loopholes that reward companies for keeping profits abroad.

As with a normal investment bank, the money would be put into securities or bonds and would be invested. An average return of 7% would be reasonable, Lubell suggests. ‘If you then assume that you have inflation, which is relatively low – about 2% a year – you can take 5% and still leave 2% for reinvestment to keep pace with inflation,’ he explains.