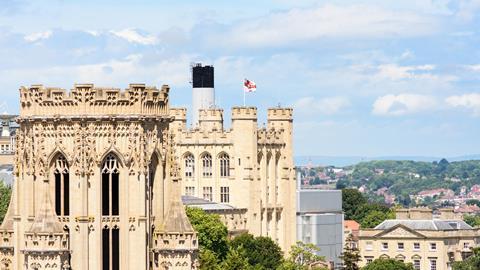 Research would be a ‘casualty’ if English higher education review acted on, Lords warn

Universities would face severe financial consequences and research funding would suffer if the government were to implement the recommendations of the Augar review, warns a report by the House of Lords science and technology committee.

The Lords committee complains that the Augar review did not assess the potential impact of its recommended changes on research funding. The result is a ‘distorted assessment’ of the financial health of the higher education sector.

The Augar review recommended reducing the tuition fee cap in England to £7500 from £9250. The report points out that unless the government compensates this loss in full by increasing the teaching grant to individual institutions, universities will face significant financial consequences. They would be forced to divert other income streams to support teaching, reducing resources for research.

‘The Augar review has completely missed the mark by not considering research funding in its review,’ cautions Lord Patel, chair of the committee. ‘By ignoring research and cross-subsidies, it has made recommendations which, if implemented, could prove harmful to the already challenging ecosystem of university funding.’

The committee heard evidence that both university teaching and research are already loss-making and any shortfall in funding would become unmanageable. ‘The immediate casualties will likely be widening-participation programmes, student experience, infrastructure maintenance and repair, and the hands-on elements of courses,’ adds Lord Patel. ‘Without adequate research funding, the consequences for the UK will be devastating.’

The Lords also point out that quality-related (QR) funding, a significant element of the funding provided to universities to support research, has fallen 12.8% in real terms since 2010, increasing pressure on funding for scientific research. They want the government to increase QR funding at least in line with the rate of inflation. The report also addressed other issues facing research funding in universities, mainly Brexit and the loss of EU funding.

Nick Hillman, director of the Higher Education Policy Institute, thinks the Lords are being unfair to the Augar panel, who made it very clear they think the Treasury should make up the shortfall after any fee reduction. ‘It’s also a bit odd to complain that the Augar panel didn’t write lots about research when this would have gone beyond their terms of reference. The Augar review is not perfect but this is a very odd line of attack.’ He acknowledges that research funding needs to increase, and by even more than the Lords say.

The Lords’ report has been welcomed in other quarters. ‘Proposals to reduce tuition fees, if not matched by replacement government funding, would destabilise universities and, therefore, reduce their capacity to undertake research,’ states a Universities UK spokesperson. ‘We welcome the select committee’s recognition of this challenge.’ Universities UK figures suggest that a reduction in fees to £7500 with no replacement funding would leave a £1.8 billion hole in universities finances, which could result in the need to divert the equivalent of 22% of research income to plug the gap.

‘The threat posed to UK science, research and industry by Theresa May’s review has been wholly under-estimated,’ comments David Thompson, senior policy analyst at the Russell Group. ‘But today’s report makes it clear that cutting tuition fees without fully making up the funding shortfall would be a serious mistake from any government.’

The Campaign for Science and Engineering (CaSE) also welcomed the report. ‘Universities play a crucial role in the UK’s research ecosystem and it is right that any changes to their funding arrangements should very much consider the impact on their ability to do cutting edge research,’ says CaSE assistant director Daniel Rathbone. ‘QR funding is particularly important for universities as it allows them to operate flexibly in choosing which areas of research to fund and I am pleased that the committee recognised this and called on the government to increase QR funding as part of the package of public investment.’