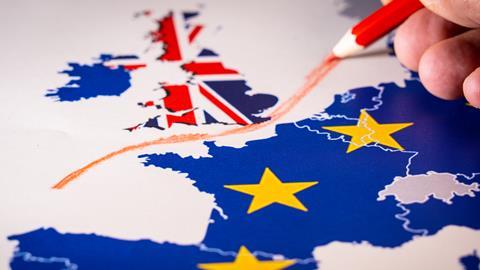 Hundreds of researchers and organisations across Europe have called for the rapid association of the UK and Switzerland to Horizon Europe. The Stick to Science initiative launched this week warned of far-reaching consequences for collaboration across Europe unless political differences are put aside. Antoine Petit, chair and chief executive of the French state research organisation CNRS, said preventing UK and Swiss association ‘is a punishment for all of us. It’s a punishment for Europe … a sado-masochistic decision.’ He added that ‘fragmenting the scientific community, in the context of larger challenges such as [the] health crisis or global warming does not make sense’. And he warned that ‘if we don’t work with our UK and Swiss colleagues, they will try to find these collaborations elsewhere’.

UK researchers say the continuing impasse threatens to undermine the country’s own ambitions to become a science superpower – underlined once more in a report on the Benefits of Brexit, published to mark the one-year anniversary of the formal dissolution of EU membership.

EU universities are already ‘pitching’ to top researchers awarded prestigious European Research Council (ERC) grants last month, and who are due to be hosted at UK institutions. If the UK does not reach an agreement with the EU on association researchers based solely at UK institutions cannot hold an ERC grant. Kurt Deketelaere, secretary general of the League of European Research Universities, told a House of Lords committee last week that a ‘kind of football transfer system is starting up in continental Europe looking at the best people … which are based in the UK and which can perhaps be seduced by all kinds of interesting offers from EU 27 universities’.

This week, the ERC awarded 22 proof of concept grants to UK-based researchers – the most of any bidding country – to develop findings from previous ERC funded research. Until association is finalised, successful UK applicants to the first round of Horizon Europe have been guaranteed back-up funding, but the committee also heard that the mechanism by which they’ll be paid isn’t yet clear.

Researchers at the London School of Hygiene and Tropical Medicine (LSHTM) who won an €8 million (£6.7 million) Horizon Europe application, to test a new diagnostic for malaria have now been told they can’t take the coordinating role they were awarded and must find alternative funding. ‘We’re in limbo. We haven’t had clarity from [UK Research and Innovation] to know whether we can participate,’ says Chris Drakeley, professor of infection and immunity at the LSHTM, because UKRI hasn’t yet extended the interim funding agreement to later calls. Another team at his institution is in the same position.

Commenting on the Brexit paper, James Wilsdon, digital science professor of research policy at the University of Sheffield, finds it offers ‘thin gruel in terms of making a particularly compelling case for how being outside has improved our scientific and research base’. Moreover, ‘it has a chilling effect on the willingness of our European colleagues and partners to bring us into bids, and they don’t quite know whether including us is going to cause a problem down the line if we no longer are able to be in.’

However, he adds that ‘politically, it’s undeniably the case that had it not been for the imperative to demonstrate some kind of economic strategy for the country after Brexit, it might not have been as easy to get the kind of uplifts we’ve seen in the overall R&D budget’.

The government paper sets out principles that will guide its new approach to regulation and – amongst other things – ‘boost the vitality of UK research’. Mark Dayan, Brexit programme lead at the Nuffield Trust, however, says progress on ‘actually changing regulation to make us competitive has been quite slow’. And ‘while we’ve had most of the costs of Brexit for life sciences, we haven’t really taken advantage of divergence – [although] to be fair, there has been some movement on clinical trials and medical devices’, where proposals are being developed for what the government describes as a ‘more flexible’ regulatory regime.

Dayan points to data demonstrating that leaving the single market for medicines damaged exports. The trust’s own analysis suggests exports have now recovered to around £800 million a month, compared to £1 billion a month in 2016. Moreover, it estimates that the UK’s share of Horizon Europe funding in health and biotech themes associated with life sciences fell by 40% after the referendum.

The UK medicines regulator also lost millions in funding for its European regulatory work, and as a result last year announced it would cut a fifth of its workforce.

The government also says it intends to take a ‘scientific and proportionate approach to gene editing’ and plans legislation to amend regulatory definitions of genetically modified organisms to exclude any that have genetic changes that could have been achieved by traditional breeding or occur naturally. There has long been debate on genetically modified organisms (GMO) and gene editing with many environmental campaigners keen to see the UK maintain EU restrictions around GMO crops and labelling.

In an analysis of post-Brexit policy, carried out by UK in a Changing Europe, Adrian Ely, a biotechnology regulation and governance researcher, wrote: ‘Decisions around [gene editing] and GMOs in agriculture represent the first real test-case in the bioscience sector. In its rush to diverge on this issue, the government is coming to understand the complexities of reconfiguring a tightly interwoven set of technical, legal and institutional arrangements, and the political challenges of balancing public opinion, strategic industries and different trade interests.’