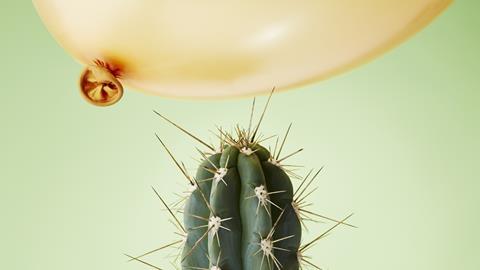 The research impact-tracking service Researchfish’s apparent cyberbullying of academics has generated an explosive backlash from the research community, which has led to two apologies from the online platform and a promise of action by the UK’s main research funder UK Research and Innovation (UKRI).

Hundreds of researchers took to Twitter to express outrage after it surfaced that Researchfish – a technology company based in Cambridge, UK that measure research impact – was reporting researchers who have criticised aspects of the service to research funders. Many of those targeted had complained about the tool’s time-consuming and repetitive grant reporting forms, and other cumbersome aspects of the software.

The contentious messages from Researchfish’s Twitter account, which appear to have begun around 1 March, said: ‘We understand that you’re not keen on reporting on your funding through Researchfish but this seems quite harsh and inappropriate. We have shared our concerns with your funder.’

We understand that you're not keen on reporting in Researchfish, but this is a very inappropriate comment, even if meant in jest. We have shared our concerns with your funder.

Robert Insall, a professor of mathematical and computational cell biology at the University of Glasgow, recalls that Researchfish was great when it was first adopted about eight years ago as the research councils’ harmonised outcomes collection system. Back then, the software provider collected data about the success of research grants, and it was used to help governments understand the value of the studies that they supported, Insall says.

‘We loved it,’ he recounts. ‘They promoted it by asking scientists to respond by saying how positive it would be, and we responded enthusiastically,’ he adds. But since then, Insall says the service has added ‘all sorts of extra questions’ and asked about every grant a researcher has had going back years into the past, and it also became compulsory. ‘Consequently it’s tedious,’ he says.

Andre Cobb, an organic chemist at King’s College London, is appalled by what he describes as Researchfish’s clearly threatening tweets towards academics who question its processes. ‘This response – automated or not – is clearly intended to stop such criticism by using the implication that funding or future funding might be put into peril,’ Cobb says, noting that some of the researchers who were targeted by Researchfish over Twitter did backtrack and retract their criticisms.

‘I am totally against anything that stifles fair and free speech. I also dislike bullies,’ Cobb tells Chemistry World. Further, he argues that the system is fairly redundant since outputs could be easily linked to funders on something like Open Researcher and Contributor ID (Orcid) – a free online tool that creates a unique identifier that pulls together an researcher’s activities, including publications, employment history and patents.

After researchers pushed back against Researchfish copying in funders like UKRI and Wellcome, the company expressed regret for its ‘poor word choice,’ but declared that it has ‘a zero tolerance policy towards abuse’ aimed at itself of its employees.

This apology was not well received and the company posted an open letter two days later on 20 March. ‘We are truly sorry for how we responded to the negative posts last week and understand that we caused concerns among researchers,’ Researchfish tweeted. ‘We take full responsibility for how we responded and we are actively taking steps to revise procedures and improve communication with those across the research community.’

We are truly sorry for how we responded to the negative posts last week and understand that we caused concerns among researchers. Please read our full statement. https://t.co/EnoVC860qa

Almost immediately, researchers complained that Researchfish failed to clarify in this apology whether it actually reported critical researchers to their funders, or how and when the platform’s procedures will be revised and its communication improved.

Michelle Oyen, a biomedical engineer in the US who previously worked at the University of Cambridge, recounted her troubling experience in the UK. After being denied a leadership position at Cambridge she was informed that her past social media criticism of Researchfish indicated that she was not well suited for research leadership.

‘I was told point-blank that it was a combination of my public complaints about Researchfish and the UK Research Excellence Framework (REF),’ – the UK’s system for assessing the excellence of higher education research, she tells Chemistry World. Oyen says that these two programmes were duplicate efforts, and that the REF panels reviewing engineering content were almost entirely comprised of men.

‘It comes under the question of academic freedom if you are not allowed to make valid criticism, like about its website being terrible,’ she says. ‘We all submitted these things every year and we didn’t boycott it.’

It remains to be seen what action, if any, funders will take. ‘We are aware of the concern that has been raised regarding tweets posted by Researchfish,’ UKRI said in a statement. ‘We understand and acknowledge the serious issues raised by researchers and we will be discussing these with Researchfish as a matter of urgency.’