Europe withdraws amitrole and isoproturon, while EU, US and Colombia reconsider glyphosate rulings

Recent global policy decisions are changing the regulation of herbicides. A European commission committee has voted to ban amitrole and isoproturon, and international governments are making varying decisions about the widely used pesticide glyphosate. 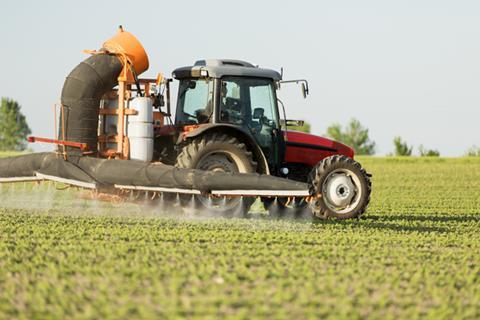 Under the 15 April vote by the commission’s Plants, Animals, Food and Feed committee, member states will have until the end of September 2016 to withdraw existing authorisations of amitrole and isoproturon, and may grant a grace period of up to one year to use up existing stocks.

The withdrawal of amitrole and isoproturon was not driven by their potential endocrine disrupting properties, according to EU spokesman Enrico Brivio. The decision was based on ‘failure to meet the conditions of approval,’ following a full risk assessment, he tells Chemistry World. Lack of data on risks to non-target organisms and metabolite toxicity also contributed to the decisions.

Colombia’s government reportedly decided last month to resume using glyphosate to eradicate illegal coca crops used to make cocaine, while upholding a ban on aerial spraying of the chemical. Columbia had halted use of glyphosate on such crops last year, following a report by the International Agency for Research on Cancer (IARC) – the World Health Organization’s a research arm – which concluded that glyphosate is probably carcinogenic to humans.

Columbia’s decision to prohibit aerial application of glyphosate is ‘prudent’ because most of the risks of such herbicides come from off-target exposure, and aerial applications increase such unintentional spraying, says Mike Owen, who chairs the agronomy department at Iowa State University. ‘So they have minimised risks that it would go to unintended targets by eliminating aerial application,’ he says.

In Europe, glyphosate’s approval is due for renewal in May under the EU’s mechanism for allowing new evidence to impact regulatory decisions. The European commission had proposed renewing the approval for 15 years, but members of the European Parliament passed a non-binding resolution suggesting that, given various concerns over its safety, the renewal period should be shortened to seven years.

The MEPs also called for an independent review and publication of all the evidence that the European Food Safety Authority (EFSA) used to assess glyphosate. That agency concluded in November 2015 that ‘glyphosate is unlikely to pose a carcinogenic hazard to humans.’

In the US, glyphosate regulation seems to be going in the opposite direction. On 29 April, the Environmental Protection Agency (EPA) accidentally posted online a report concluding that glyphosate is ‘not likely to be carcinogenic to humans,’ but then quickly removed it.

‘These documents have now been taken down because our assessment is not final,’ the agency said in a statement. The EPA says its cancer review will consider the work of other governments in its decision. The agency expects that its assessment will be peer reviewed and completed by the end of 2016.

Monsanto had immediately praised this preliminary determination, but others at groups like the Center for Biological Diversity (CBD), a non-profit headquartered in Arizona, disagree. CBD scientist Nathan Donley described the EPA’s inadvertently-posted analysis as relying ‘heavily on industry-funded studies that have not undergone public scrutiny.’ By contrast, he said the previous IARC conclusion was based on publically available research, and ‘remains the gold standard’.

Nevertheless, Monsanto continues to argue that the conclusions of the EPA and other regulatory authorities provide important context for the ‘non-standard approach and inconsistent classification’ by the IARC in March 2015.

Daniel Goldstein, a senior science fellow at Monsanto, says there is ‘no evidence whatsoever’ for the endocrine effects or carcinogenicity of glyphosate. ‘The IARC assessment is, quite simply, incorrect,’ he asserts.

‘The science – with one of the largest data sets ever assembled on one compound – raises no evidence for concern that would drive one to shorten the approval window relative to other compounds,’ Goldstein says of glyphosate. He warns that moving glyphosate up ahead of the routine intervals for reassessment is an ‘unjustified cost’ and will divert resources away from other activity, given that the process of chemical assessment in general is heavily loaded.