Rewriting the rules for polar molecules

A molecule containing two atoms of the same element can have a permanent electric dipole, say US scientists, contradicting the traditional view of molecular polarity.

A molecule containing two atoms of the same element can have a permanent electric dipole, say US and German scientists, contradicting the traditional view of molecular polarity. 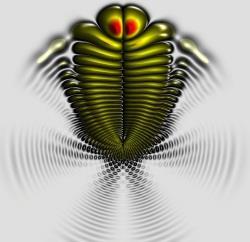 The symmetry of the Rydberg molecule is broken by mixing with a ’trilobite’ state, which gives the molecule a permanent dipole

Admittedly, the molecules involved are a little unusual, says Hossein Sadeghpour of Harvard University in Cambridge, who led the research in collaboration with groups at the University of Stuttgart and the Max Planck Institute for the Physics of Complex Systems in Dresden. They are Rydberg molecules, made from one atom of rubidium in its ground state combined with an atom of Rb that has had its outermost electron excited to a very high energy level - or Rydberg state - almost on the point of ionisation. ’They are really huge,’ explains Sadeghpour, ’around 1000 times larger than a normal molecule.’ He adds that they must be kept ultra-cold to remain stable long enough to be studied.

The traditional textbook view of polar molecules, explains Sadeghpour, is that a dipole arises from different elements having different electronegativity - the ability to draw electron density towards themselves in a bond. This means that heteronuclear molecules will be polarised towards the more electronegative atom. ’In homonuclear molecules the atoms are the same, so the charges do not separate and there is no permanent dipole,’ he says. ’What we have shown, both in experiments and calculations, is that these molecules can have appreciable dipoles.’1

The dipole moment that the team measured is around 1 Debye. ’Very polar molecules such as sodium chloride [in the gas phase] have a dipole of around 10 Debye,’ says Sadeghpour, ’but most polar molecules have dipoles in the order of 1-2 Debye.’

Over a decade ago, Sadeghpour was part of a team led by Chris Greene from the University of Colorado in Boulder, US, which predicted that certain kinds of homonuclear Rydberg molecules would have significantly distorted electron clouds and hence large permanent electric dipoles, of the order of thousands of Debye.2 They named these ’trilobite molecules’ as their electron density maps resemble fossils of ancient sea creatures.

While no-one has yet made a trilobite molecule, the Stuttgart team led by Tilman Pfau succeeded in creating the first Rydberg molecules in 2009.3 However, these were of a kind predicted to be spherically symmetric and hence not to have a dipole. Sadeghpour and his collaborators have now revisited these molecules and shown that there is a small contribution from the trilobite state to the overall electron distribution of the molecules. In other words, it can ’mix’ into the spherically symmetrical state a little bit. This is what breaks the overall symmetry and gives the molecules their dipole.

This, for Greene, is the most intriguing result of the discovery. ’Not only is the trilobite state mixed into the [spherically symmetrical] s-state that’s being observed in this work,’ he says, ’but the reverse is also true that the s-state is mixed into the trilobite state.’ He points out that this might provide an easier way to produce trilobite molecules, with their enormous dipoles, which would open up all sorts of interesting possibilities.