Back when oxygen was scarce, ancient RNA catalysts may have used iron as a cofactor

The RNA world hypothesis has gained another boost after research shows that RNA is more catalytically active under conditions similar to those on Earth billions of years ago. Using once-abundant iron(II) as a cofactor allows RNA to function more effectivly than previously shown,1 but only in an oxygen-free environment. 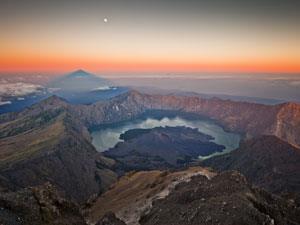 The  hypothesis is one of several models for the origin of life and proposes that before the evolution of DNA and coded proteins, RNA acted as both a DNA-like storage molecule and an enzyme-like catalyst. However, proving that RNA can perform these transformations is more difficult.

In modern biochemical systems, RNA has limited functions as a catalyst and requires a metal cofactor, usually magnesium. Other metals, including iron, cause oxidative damage to RNA. But Loren Williams of the Georgia Institute of Technology, US, says that talking to geologists made him consider conditions at the proposed time of the RNA world, over 2.5 billion years ago. Back then, iron(II) was abundant, and oxygen was in short supply.

‘In the presence of oxygen, iron shreds RNA – it’s really a molecular wrecking ball,’ says Williams. ‘But in an anoxic environment this doesn’t happen.’

Having previously shown that RNA could bind to iron(II) under anoxic conditions,2 Williams and his colleagues wanted to test its effect on catalysis. They used a standard peroxidase assay, where oxidation of an organic dye by hydrogen peroxide produces a radical cation, to detect electron transfer in solutions of either RNA and Fe2+, or RNA and Mg2+ cations. Two of the most abundant and ancient types of RNA, 23S ribosomal RNA and transfer RNA, efficiently catalysed the reaction in the presence of Fe2+, but were not able to do so with Mg2+.

‘We find when we swap magnesium for iron under anoxic conditions, all of a sudden the RNA can catalyse the kinds of chemical reactions it couldn’t do before,’ says Williams. ‘If you imagine a sophisticated metabolism in which RNA is the primary enzyme you need electron transfer. Now, this really seems possible.’ He also suggests that during the great oxidation event, when photosynthesis began to fill the atmosphere with oxygen, the Earth’s iron would have oxidised and become harmful, prompting a shift from the use of iron to magnesium for RNA binding, folding and catalysis.

Steven Benner, of the Westheimer Institute at the Foundation for Applied Molecular Evolution in the US, praised the work, saying it ‘expands the catalytic potential of RNA in a way especially relevant to the RNA world model for early life’.