Roche chases bolt-on acquisitions as it pushes into genomics 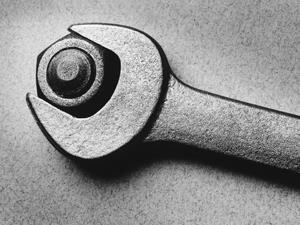 A recent spending spree by Roche is intended to take advantage of emerging molecular information and genomic analysis, as the company anticipates that the field will play an increasingly important role for future medicines and diagnostics.

‘By harnessing the power of widespread whole genome sequencing, we are hoping to gain valuable insights into new targets, pathways and biomarkers to advance the progress of personalised treatments,’ says Roche spokeswoman Nadine Pinell.

Roche seems to be on the same page as US President Obama, whose State of the Union speech on 20 January included a push to fund ‘precision medicine’ treatments. Specifically, Obama proposed a new initiative intended to facilitate better treatments based on a patient’s genetic makeup and disease subtype.

In January alone, Roche committed to four separate deals, including a $780 million purchase of a majority stake in US-based Foundation Medicine, to look at molecular information in oncology.

Roche also recently bought a license to an investigational molecule that prevent bacteria from breaking down penicillin-type antibiotics to help overcome resistance. Under the agreement, Meiji Seika Pharma in Japan and Fedora Pharmaceuticals in Canada will receive upfront plus development, regulatory and sales milestone payments totalling as much as $750 million, plus royalties on any products originating from the collaboration.

Finally, in the first half of January, Roche also licensed out some of its cancer diagnosis technology to diagnostics specialist Qiagen, based in the Netherlands. ‘Ensuring that assays that utilise Roche proprietary information are fully licensed is a key business strategy for us,’ said Paul Brown, head of Roche Molecular Diagnostics, in a statement at the time.