Russia to ramp up spending on military science 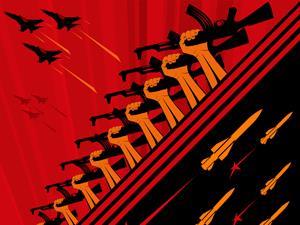 The Russian government plans to invest up to RUB 100 billion (£977 million) on the development of military science and defence R&D in the country from 2016-2018. Part of these plans is the establishment of five consolidated research institutes in different parts of the country, to be overseen by Valery Gerasimov, Russia’s First Deputy Minister of Defense.

The government plans to use the experience of the USSR, which had a wide network of military research institutions, and an estimated annual spend on military science of £9-13 billion at the current exchange rate.

At that time Soviet military science covered a wide range of activities, such as the design of infrared guidance systems for aircraft and submarines, the development of new military satellites and hypersound air-to-air missiles. Since the collapse of the USSR in 1991 the majority of research in this field has been suspended, but there is a possibility that some areas may be resumed by the end of the current year.

Each of the newly established institutions will specialise in a particular research area, such as aviation, biotechnology, laser technology and surveying and navigation software. Among the current projects planned are the design of next-generation fighter aircraft and new optical telescopes based on laser technology, as well as new systems to defend against cyber attacks on Russian state agencies and corporations. The results of the majority of this research will be classified.

Under the plans, the recently established Military Scientific Committee of the Armed Forces of the Russian Federation will have overall control of all research. The funding will come out of Russia’s overall state defence budget, which amounted to a record RUB 3.3 trillion this year. Alongside the new institutions, research will take place at specially established squadrons in the Russian army. To date, eight research squadrons have been established – linked to the Navy, Air Force, VVKO, Land Forces, the Military Academy of Communications and Chief Military Medical Directorate of the Russian Defense Ministry. According to state plans, four more will be established by the end of 2016. The plan is for these to be staffed by scientists from the leading universities in Moscow, St. Petersburg, Novosibirsk, Rostov and the Far East.

At present, Russian military universities employ more than 2197 doctors and 10,945 masters of science.  Under the latest state plans, these figures are set to significantly increase over the next few years.