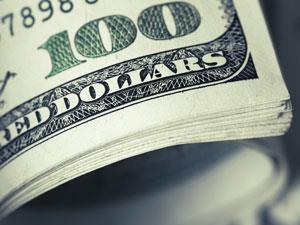 Republicans and Democrats have clashed over legislation surrounding research funding

A proposal by Republicans in the US Congress to reauthorise landmark legislation surrounding science and technology funding is being met with fierce backlash from scientific groups, as well as Democrats on Capitol Hill.

The Republican chairman of the House Science, Space and Technology (HSST) Committee, Lamar Smith, introduced a bill on 15 April to reauthorise the American Competes Act and set future spending targets for the National Science Foundation (NSF), the Department of Energy (DOE) and the National Institute of Standards and Technology for fiscal years 2016-2017.

The measure holds overall spending flat and provides targeted increases of more than 4% for NSF research, over 8% for NIST, and over 5% for DOE’s Office of Science.

But Smith’s legislation, which was marked up by the HSST Committee during a contentious hearing on 22 April, is being criticised as adding money to research accounts that key Republicans support at the expense of others they oppose. The measure would also allocate specific funding for each NSF directorate, as opposed to the current practice of providing an overall budget for the agency’s research activities. There is concern that this change would rob NSF of the ability to determine its own funding priorities.

Specifically, the bill proposes to cut NSF’s Geosciences Directorate budget by 8% to $1.2 billion (£800 million), and to slash funding for NSF’s Social, Behavioral and Economic Sciences directorate by nearly 45% to $150 million. Elsewhere, the bill would cut DOE’s energy efficiency and renewable energy R&D by almost 30%, or $496 million.

Beyond these reductions, researchers and science advocates fear that the legislation would impose a level of political scrutiny on the peer review system that NSF uses to make its research grant funding decisions. The bill contains language requiring NSF staff to provide a written justification for each research grant funded, verifying that the project is worthy of federal support and contributes to positive US outcomes like increased economic competiveness or an enhanced scientific and technological workforce.

One of the most prominent of the few scientists in Congress, Democrat Bill Foster, attacked the Competes bill during the mark-up. The physicist, who worked at Fermi National Accelerator Laboratory in Illinois for more than two decades, noted that Smith has requested the full portfolios of more than 70 NSF-funded research grants that he claims are not in the public interest. Smith’s two-year campaign to root out so-called unmeritorious research grants from NSF has ‘sent a significant chill’ across all fields of science, Foster said.

‘I worry that the major purpose here is to hold NSF… accountable for funding decisions that the [Republican] majority disagrees with on ideological terms’ Foster stated. He warned that this could discourage high-risk or curiosity-driven research.

For his part, Smith said his Competes reauthorisation bill is both ‘fiscally responsible’ and pro-science. ‘NSF has approved a number of grants for which the scientific merit and national interest are not obvious,’ he told Foster. Smith stressed that the agency must be accountable to the taxpayers who fund its activities.

Foster’s concerns are being echoed by academic research organisations such as the Association of American Universities, as well as scientific groups like the American Association for the Advancement of Science (AAAS).

The director of government relations at AAAS, Joanne Carney, tells Chemistry World that Smith’s bill is problematic because it creates an opportunity for members of Congress to determine the scientific priorities, rather than NSF peer reviewers.

‘The committee and the chairman might be well served to look at the cold reception that the bill has received from scientific advocates pretty unilaterally,’ adds Ben Corb, spokesman for the American Society of Biochemistry and Molecular Biology.

Despite the opposition, Smith’s legislation passed the HSST Committeealong straight party lines on 22 April with a vote of 19 to 16. Various amendments offered by Democrats to reverse proposed cuts to research programmes and strike provisions they said would harm NSF’s peer review and scientific independence were rejected.

Observers note that this newest iteration of the Competes Act is a far cry from the original legislation – passed in 2007 and reauthorised in 2010 – which aimed to put the budgets of NSF, DOE and NIST on a seven- and then ten-year budget-doubling trajectory, respectively.