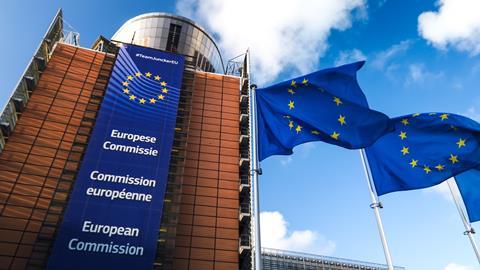 A €4 billion (£3.5 billion) top-up for the next European research programme, Horizon Europe, has been decried as ‘peanuts’ and greeted with dismay by scientists across the continent.

The deal takes funding for Horizon Europe to €84.9 billion – some €10 billion less than the European commission proposed in May, and far short of the €120 billion the parliament originally wanted. It includes a €5 billion contribution from the pandemic recovery fund but that is earmarked for innovations closer to market, rather than basic research.

After weeks of wrangling, the European parliament and European council also agreed another €2.2 billion for the youth training and education programme Erasmus+ and an extra €3.4 billion for a standalone health programme Health4EU, for increased surveillance of health threats and to stockpile drugs. The extra money will come from future fines levied by the competition commissioner – money that normally goes directly to member states. Belgian MEP Johan van Overtveldt who was on the negotiating team said it was crucial that taxpayers didn’t foot the extra bill. ‘We really had to fight for what we got.’

However, Kurt Deketelaere, secretary general of the League of European Research Universities (LERU), wrote that ‘It is quite disappointing that in a period where making the case for investing in research, innovation and education never has been so easy (the Covid-19 crisis proves this every day abundantly!), member states are not ready to invest more.’ He added that member states ‘clearly couldn’t care less’ about research. He noted that the proposed funding for Horizon Europe is about the same level as committed seven years ago, for Horizon 2020.

In recent months scientists across Europe and beyond have rallied to sign open letters and petitions calling for increased funding. The president of the commission, Ursula von der Leyen, has been urged to reject the deal. ‘You are rebuilding Europe after a massive health crisis that could have been prevented with research, and you are just making the same mistake again – under-funding research,’ says Nathalie Conrad, a Marie Curie Fellow at the University of Leuven,Belgium and one of the organisers of an open letter from scientists to European politicians. She described providing only €5 billion from the €750 billion recovery programme as ‘a joke’.

Thomas Estermann, director of governance, funding and public policy development at the European Universities Association (EUA), said an important opportunity had been missed but the focus should now be on ‘what is it that we do with the limited resources that we have and ensure that they are used in the best possible way’. A deal means the new programme should get underway in January 2021.

But the story isn’t over. Negotiations to decide how the extra money should be apportioned will follow in the next few weeks, although it’s unlikely that extra money will be available for use before 2022. Those discussions will also determine the rules for association to Horizon Europe for non-EU countries.

Fears are growing that the UK will not associate to the programme, as discussions are mired in a debate over the funding formula. The president of the Royal Society, Venki Ramakrishnan, has written to the prime minister, Boris Johnson, to voice his concern. ‘Confidence is needed now to ensure that the talented individuals and expert collaborations that we need to drive innovation, rebuild the economy and tackle shared global challenges, continue to thrive when we need them most. Critically, this will help avert major disruption to our science capability in the coming months as we respond to Covid-19.’

Both the EUA and LERU argue the additional €4 billion should be directed to the European Research Council and the Marie Skłodowska Curie fellowship programme, which enables researchers to travel abroad. The budgets of both were cut by member states. It is ‘incomprehensible’, says Deketelaere, particularly as a review of ERC funded research showed 80% of it led to scientific breakthroughs.

‘You can’t replicate the ERC at [either] national level or with national research funders working across borders on this. Equally the Marie Skłodowska Curie Actions is something that is unique,’ Estermann says.

Conrad says many researchers will either move to the US or China where funding is growing, or leave science altogether. She is also campaigning for the commission to cover the costs of research extensions to allow fellows to complete projects they were unable to work on during lockdowns. So far it has refused. In effect, ‘the commission is saying you can either work unpaid and finish your project, or not finish your project. If we don’t finish our project, it means that we will never get a job again.’ Estimates made by the Marie Curie Alumni Association suggest that around €100 million might be needed to provide researchers with a four-month extension to complete their research.

Ironically, as part of a revamped European Research Area, the commission wants to make Europe more attractive to researchers. It is promising more mobility and training, and to prioritise investments in research and innovation for the green and digital transitions that will support Europe’s pandemic recovery. Just after cutting the budget for Horizon Europe, member states are being asked to boost their own public spending on research to 1.25% of GDP, by 2030. This is a stepping stone towards the EU’s aim – set out in 2000 – of spending 3% of GDP on R&D.