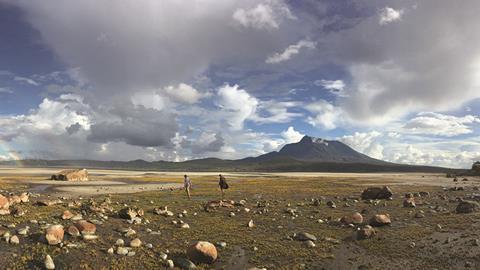 Scientists in the UK are about to pump up the world’s shrinking helium reserves after unearthing a vast helium gas field in Tanzania. The discovery marks the first time scientists have successfully prospected for the vital resource.

Global demand is around 30,000 tonnes of helium per year and is used in a whole host of applications from MRI scanners and welding technologies to leak detection in gas pipelines and, yes, party balloons. But its supply is no laughing matter.

‘Helium is one of these very limited resources that once you’ve used it, you can never recycle it,’ says Chris Ballentine from the University of Oxford, UK. ‘Once you use it, it’s released into the atmosphere. Once in the atmosphere … [it] is light enough that it escapes into space.’

Ballentine explains our helium reserves, at the current consumption rate, may only last until around 2030. This scarcity is partly driven by the US’s only helium reserve in Texas. Accounting for 30% of global supply, the reserve was set to be shut down after a 1996 congress bill was passed to sell off a large part of the supply and pay off the plant’s debts. This led to helium prices falling as competition was forced from the market.

Although a further bill was passed in 2013 to extend the reserve’s operation, and with countries like Qatar and Russia investing in helium production, Ballentine explains that supplies of the gas are still thin on the ground. ‘Nobody’s ever really looked for helium before,’ he says.

Helium is often found serendipitously when drilling for oil or natural gas. Prospectors can siphon helium off from methane when producing liquefied natural gas, but it’s often in such low concentrations that there is no financial incentive.

There’s helium in them hills 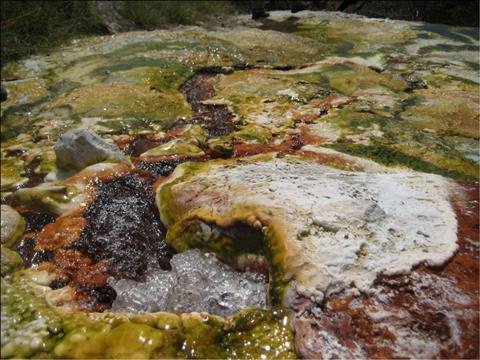 Unsatisfied by how helium is currently simply stumbled upon, Ballentine and his colleagues have been hunting for it and applied the same principles used by the oil and gas industry. The team has had to identify a source rock in the Earth’s crust, a mechanism for how helium is transported to the surface and how it is trapped before it is lost into space.

‘Step-by-step the source rock for helium – you need uranium and thorium in the rock and you need to store it for a long, long time,’ explains Ballentine. These two radioisotopes decay to helium and are typically found in cratons – ancient, continental rock that has remained stable over the past 541 million years.

He goes on to explain that you then need an event, such as rifting, to liberate the helium. ‘The crust splits apart and you have volcanic intrusions coming through and cooking parts of this old rock,’ comments Ballentine. ‘That cooking process releases the helium and, if you’re in the right part of the world, that helium is trapped by the sediments in the same rifting process.’

Working with Helium One, an exploration company, the team realised this process is occurring now in the east African Rift Valley, which crosses nine African countries including Tanzania. ‘We found multiple places in the Tanzanian Rift where you have geothermal pools,’ says Ballentine. ‘In that water it’s bubbling gas and that gas isn’t carbon dioxide, it’s not hydrocarbons, it’s nitrogen with helium contents up to 10%, which is phenomenal.’ Commercial gas deposits, which contain a large amount of carbon dioxide and methane, only contain approximately 0.3% helium.

Using seismic profiles of the underlying geology, the team can estimate the total amount of helium stored underground. Estimates suggest over 1.5 billion m3 of helium is in one part of the valley – enough to fill over 1.2 million MRI scanners, according to Ballentine. Only 36,000 MRI scanners are thought to be in use around the world.

But he’s reticent to say the helium supply problem is now solved. ‘I don’t think we should be in any way complacent,’ warns Ballentine. ‘On the one hand we’re confident that we understand where and how it’s produced … but we’ve still got to prove that process and find those big deposits.’

‘This [work] offers a view for future helium recovery that is far different than the past,’ says Lee Sobotka from Washington University, US. Sobotka believes the methodology for finding these deposits is what’s crucial, not necessarily the find itself: ‘This, if confirmed in future “finds”, is a game changer.’

Richard Clarke, a helium resource consultant, echoes Sobotka’s praise. ‘The beauty of this find is that it could be developed to modulate the peaks and troughs of supply and demand, in the way the US Federal Helium Reserve once did,’ Clarke tells Chemistry World. ‘It is not dependent on the co-production of natural gas or carbon dioxide – the carrier gas, nitrogen, has no value and can be rejected to the atmosphere’