Paul Jones was born into the chemical industry, and resin manufacturing in particular – his father worked at SRL Synthetic Resins in Liverpool, UK, while his mother worked at Glaxo (now part of GlaxoSmithKline). ‘As a child I was taken into these different factories,’ he says. ‘Times have changed… I was used to the distinctive smell of styrene and the sweet aroma of polyester from a very young age.’

He left school at 17 in 1983, and started work in the lab at Wigan-based polymer and resin manufacturer Bitrez, where he has spent his entire career. Just 18 months later, he was put in charge of the plant. As works manager, he still had a foot in the lab; with a team of 10 at that point, there was plenty to keep him busy. 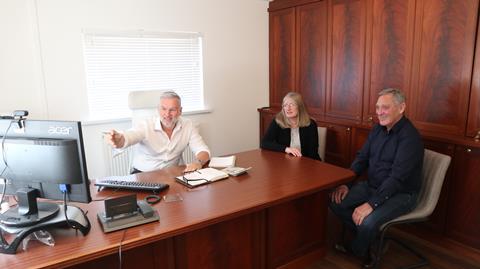 Jones (left) started at BItrez at 17, now owns half the company and has started up two other businesses

Jones rapidly gained a deeper understanding of the wider business, too. ‘I had a lot of different hats to wear, and even developed our environment and health & safety systems,’ he says. He progressed through the business, becoming operations manager and head of R&D. He’s now managing director and co-owner, but remains hands-on with the chemistry, and still relishes developing new products.

I suspect that as I don’t have a conventional academic background, I have an unusual approach to developing products

His early days with the company were quite an education in terms of chemistry, too. Early on, his boss set him to work making feedstocks, as well as the chemicals they sold. ‘If we were developing a Mannich base [β-amino ketone] from t-butylphenol, formaldehyde and an amine, he’d ask me to make t-butylphenol,’ he says. ‘Not that we were ever intending to manufacture t-butylphenol, but he’d have me take isobutylene and phenol, and synthesise the feedstock.’

This approach gave him a very good insight into the backwards integration of the company’s products. He also engaged a retired phenolic chemist, John Holness, who had worked at Charles Lowe in Stockport, to tutor him in chemistry.

‘I suspect that as I don’t have a conventional academic background, I have an unusual approach to developing products,’ he says. ‘I relish hybrid technology, using materials in a slightly different manner than they may typically be combined, as I look at potential new products. I generally believe that if I can’t develop from concept to the first iteration within a fortnight, I am probably not going to be able to develop it.’

In his early 20s, he was approached by both BP Chemicals and Dexter (now part of Sherwin-Williams), with job offers that bore salaries far in excess of what Bitrez could pay. ‘They offered me a small percentage of the business to stay,’ he says. Subsequent success led to him owning a third of the business, alongside Peter Mangnall and Brian Allen. After Mangnall died, Jones and Allen bought out his widow. The two of them now own half the company each, as joint managing directors.

Bitrez now employs more than 100 people. Along the way, it has acquired businesses from both BP Chemicals and Shell Chemicals, plus the specialist adhesives producer Acene. With an annual turnover of more than £25 million, the business is now a far cry from the small manufacturer that Jones joined in 1983.

More recently, he has set up two further companies. The first of these, Anacarda, is a 50:50 joint venture between Bitrez and the European chemicals distributor Anric. It was set up seven years ago to make phenalkamines from cardanol, a lipid derivative of phenol that is produced from anacardic acid. This acid is the major component of cashew nut shell liquid (CNSL), itself a byproduct of cashew nut processing as it is extracted from the leftover husks. It is therefore waste biomass rather than a foodstuff. 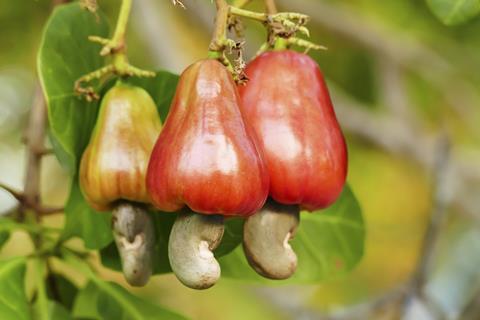 ‘The CNSL is refined, and we then synthesise the product with amines and formaldehyde to make a series of specialist Mannich bases,’ he says. ‘We make proprietary low viscosity products with very good low-temperature cure responses, allowing it to be used in 2-pack epoxy systems for marine coatings.’

I learnt my chemistry in industry. As soon as I started working at Bitrez, I knew I was in the right place

The bulk of Anacarda’s flagship product, Cardamine, is supplied to AkzoNobel for use in next-generation marine coating systems. The two companies had an exclusive agreement for the product, which included a ramp-up of annual production. ‘The first year, they took 10kg, the next year one drum, and it has escalated from there,’ he says. ‘Things were shaken a bit by the pandemic. We produce about 400 tonnes/year, and the ultimate goal is about 5000 tonnes/year.’

With annual turnover a little over £1 million, Jones says Anacarda’s sales are increasing. Initially, its products were sold in the UK, then Sweden and a few other European countries, and then south-east Asia, including Singapore and Korea, where there are dry docks with substantial appetite for the coatings. This year they will be shipping to Houston on the US Gulf Coast, too.

Phenalkamines as a class are not new, and are typically used with ethylenediamine (EDA) or diethylenetriamine (DETA), Jones says. The EU’s Registration, Evaluation, Authorisation and Restriction of Chemicals (Reach) legislation, and a reduction of threshold levels, means these two chemicals are now classified as toxic at very low concentrations, because of the increased hazard rating and reduced tolerance limits. ‘I developed products that are free from EDA and DETA,’ he says. ‘They are low viscosity, so no solvents are required, either.’

Anacarda won a Queen’s Award for Enterprise in April 2021 because of the way the CNSL raw material is imported from India, converted in the UK, and then exported back to India. ‘We have inherently higher costs and our products are a lot more expensive than Indian domestically produced phenalkamines. But because ours cure so much faster, ships do not have to spend anywhere near as much time in dry dock, which saves money,’ he says. ‘It’s more cost-effective to use our expensive material than one of the older ones.’

An added benefit is that there is less impact on the environment, as well as being less toxic. It’s Jones’s second Queen’s Award, following one received by Bitrez for Curaphen, a phenolic resin developed for bisphenol A (BPA)-free products, used in food packaging because of concerns about the endocrine disrupting properties of BPA.

The third business, Chemical Processing Services (CPS), is a service provider, set up to license patented technology. ‘Historically, we had never patented anything as we don’t have the resources to police the patents and associated IP [intellectual property],’ he says. ‘However, because of the nature of the customers I am involved with, and the confidence we have in their integrity, I feel a lot more comfortable licensing technology. I patented two new chemistries that I developed in November, and the IP lies with CPS. I also licensed some low free formaldehyde phenolic technology to Arclin, a large manufacturer in the US, for supplying aircraft interiors and train floors, where the composite components have to have good safety and toxicity values in case of fire.’

The first patent was for a product sold under the name Furalkamine, made from furfuryl alcohol, a readily available waste product from corn processing. Jones believes it’s important to be realistic about the availability of raw materials when developing new products, and this certainly fits the bill. ‘It’s not unusual for research institutes to put forward materials that are either not commercially available or not viable,’ he says. ‘I like to formulate with materials where there is definite industrial availability in significant volumes.’

While furfuryl alcohol is readily available and 100% bio-sourced, it’s also extremely toxic. To get around this, Jones uses it to make a polyfurfuryl alcohol intermediate that contains no residual toxic monomer. ‘The polyfurfuryl alcohol is completely innocuous,’ he says. ‘We then react its terminal groups with an amine, giving a curing agent for epoxy resins with an extremely high bio content.’ It is very dark in colour, and, he says, unsuitable if there are any aesthetic requirements. ‘But if what is required is good performance on an industrial basis, then it offers very high acid resistance.’

I generally believe that if I can’t develop from concept to the first iteration within a fortnight, I am probably not going to be able to develop it

The second patent filed in November is for what Jones has coined polyMannichs. ‘There is concern about phenols and substituted phenols being endocrine disruptors and causing genetic defects,’ he says. ‘I took a bifunctional aliphatic epoxy, and reacted it with resorcinol [1,3-benzenediol] at both ends, forming linked phenol species. Resorcinol itself cannot readily be used to make a Mannich base as it is far too reactive, but this intermediate process makes a polymer, with the phenol only present if it had been converted from resorcinol. The only phenol is attached to the chain, and any residual resorcinol is immediately mopped up when the amine and formaldehyde are introduced. The result is something containing absolutely zero free phenol monomer. It is also non-toxic.’

Jones recalls that when he started work at Bitrez, waste simply went down the drain, with a consent to sewer for free phenol of 5%. ‘Now it’s more like 5ppm, having been processed through our treatment plant,’ he says. ‘In reality, if there were 5% phenol in our waste stream, then we started a recovery process, although at the time it was more from an economic perspective rather than an environmental one. These days, it’s clear the two have to go hand in hand.’

He is also clear that it is important for Bitrez to contribute to a move to more sustainable materials. ‘Many of our products are both made from sustainable feedstocks and subsequently used in matrix systems for composites, with applications in wind turbine blades, structural parts and light-weighting for electric vehicles,’ he says.

Jones aims to convert more bio-feedstocks into usable materials with benefits in the drive towards a circular economy. ‘I don’t think anyone wants to give away any of the creature comforts we’ve all become accustomed to, but equally I recognise that we have a moral obligation to rectify some of the damage that may be caused by the chemical industry – inadvertently in most cases, I think. People have developed things with all good intentions, and for the good of our wellbeing, but we need to find new, more sustainable ways to make, use and recycle these chemicals and polymers. At Bitrez, we remain focused on changing the face and future of the polymer industry through innovative bio-derived polymers.’

Jones was elected FRSC in 2020, and he cites this as his proudest moment, closely followed by the two Queen’s Awards. ‘While I never completed my formal education, starting work at just 17, I learnt my chemistry in industry,’ he says. ‘As soon as I started working at Bitrez, I knew I was in the right place.’