School children in developing countries who have poor vision could soon see clearly thanks to cheap self-adjustable glasses that use silicone fluid to control the lens power. The glasses are being developed as part of an initiative called Child ViSion, a collaboration between the Centre of Vision for the Developing World (CVDW) in Oxford, UK, and Dow Corning - a global leader in silicone technology. 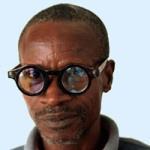 Improving the design of the self-adjustable glasses will allow manufacturing to be scaled up, while keeping costs down

The first fluid-filled adjustable eyeglasses were invented in the 1990s by Josh Silver, a physicist at the University of Oxford, and now director of CVDW. To date, over 30,000 pairs of the glasses, have been distributed to adults in several developing nations.

Around 100 million children require corrective eyewear in order to fully benefit from classroom education, but the developing world suffers from a lack of eye specialists needed to prescribe glasses. The CVDW, with the help of $3 million (?1.8 million) and support from Dow Corning, is now trying to address this problem.

’We haven’t got the child specific device yet. That’s something we’re working on now,’ says Silver. Currently, the glasses cost around $20 a pair, but Silver explains: ’The aim is to get the cost of this eyewear down to around a dollar in order to really make them accessible to large numbers of people.’ The partnership reckons that improving the design will allow the manufacturing process to be scaled up while keeping costs down.

The glasses comprise tough polycarbonate lenses which each contain a silicone filled membrane. Each membrane is connected to a small syringe on each arm of the eyewear. All the user has to do to create their own prescription glasses is control a dial on each syringe which increases or reduces the amount of silicone fluid in the membranes, altering the power of each lens. Once the wearer is satisfied with the settings, the membrane can be sealed and the syringes removed.

’It’s a very strong concept,’ comments Bruce Moore at the New England College of Optometry in Boston, US. ’A large segment of the eye care professions believe that the only approach we ought to be utilising to provide universal care, for example in Africa, would be to produce a vast numbers of highly trained professionals,’ he says. ’I have no problem with that, but somehow I don’t think that’s going to happen next year. I see this [adaptable eyewear] as at least a possibility of an interim solution.’

’This project is very much in its infancy and a lot of what we need to work out and move through is still to be developed,’ says James Stevenson, Dow Corning’s global healthcare marketing manager. ’A key part of this initiative is to create a business plan which will allow all the parties involved to understand both the technical and economic hurdles of scaling this to the hundred million pairs level.’

The initial goal is to design, manufacture and distribute 50,000 pairs of self-adjustable glasses to teenagers aged 12-18 in the developing world, primarily through and in support of education programmes.