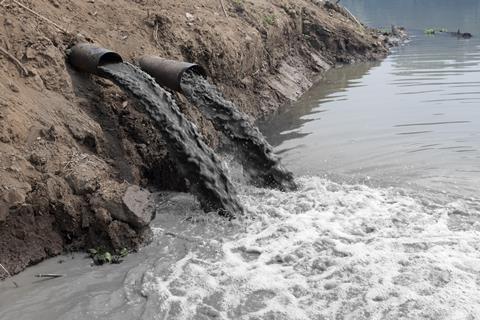 Sewage sludge from water treatment plants contains precious metals like gold, silver and platinum, as well as industrial metals such as copper and zinc, researchers at the US Geological Survey (USGS) have found. More than 6 million dry tonnes of these biosolids emerge from US wastewater facilities each year, but extracting these metals could prove tricky.

One of the ultimate goals of the USGS research, discussed by project leader Kathleen Smith at the American Chemical Society’s spring meeting in Denver, Colorado, on 24 March, is to determine whether these valuable metals – including commercially important ones like vanadium – can be extracted.

Smith’s small scoping study collected samples from eight wastewater facility sites across Colorado, including in metropolitan, mining and semi-rural areas. The researchers gathered 19 samples and found that the gold concentrations in the biosolids came closest to a mineral deposit, at around 1 part per million. ‘This is not a very high concentration, but for gold – because it is so rare – it is potentially of interest,’ Smith said.

The metal particulates in the biosolids are very small, some less than a micrometre in size, according to Smith. She suspects that there are even tinier particles present that cannot be identified without specialised equipment. It is also likely that some of these metals are chemically bound to the biosolids material itself.

‘We are at the first baby step of knowing that the metals are there,’ she told Chemistry World. ‘The real challenges are how to release them and also how to get them into a form that is usable.’ Smith notes that the economic and technical feasibility of metal recovery from this sewage sludge will need to be determined on a case-by-case basis.

These biosolids are 30–35% organic carbon, so that is a very different matrix to the one which the mining and mineral processing industry is accustomed to, Smith noted. She and her colleagues are exploring the potential of using extractants employed by these industries, or similar ones, to remove the metals. However, these extractants will likely need to be adapted for that purpose.

Despite the costs and technical obstacles, Smith says it is important for the US to find domestic sources of these metals that could offset the nation’s need to import them. Of the sewage sludge generated in the US annually, a little over half is used as fertiliser on public lands and forests, and the remainder is either incinerated or landfilled.

‘We want to remove the valuable metals and some of the regulated metals that cause problems for their use as a fertiliser,’ Smith said. ‘That would be a win-win’.