Single catalyst for oxidation and reduction of water

A cobalt-based catalyst designed to produce hydrogen by electrosplitting water can be reversibly switched to produce oxygen. 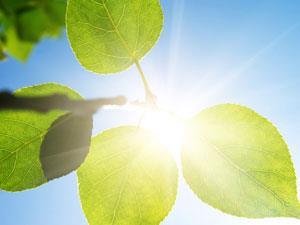 European scientists have developed a catalyst based on cobalt that generates hydrogen from water in a simple electrochemical process using low overpotentials, with the added bonus that it can also be used to produce oxygen after anodic equilibration.

The production of energy from water by hydrogen evolution may help to solve future fuel shortages but few catalysts exist to carry out the electrosplitting process. Vincent Artero from the University of Grenoble and colleagues, had developed some cobalt complexes which fitted the bill but there were practical problems in getting the catalysts to stick to the electrode.

In a new approach, Artero used reductive electrodeposition of cobalt dinitrate hexahydrate in a potassium phosphate buffer onto a fluorine-doped tin oxide electrode. This produces a nanoparticulate coating comprising a layer of metallic cobalt on the electrode, covered by a cobalt-oxo/hydroxo-phosphate layer on the outside.

When the electrode is operated against a silver/silver chloride electrode in an electrolyte of aqueous cobalt dinitrate, hydrogen gas is produced at overpotentials as low as 50mV, which are far lower than those reported for other cobalt-based catalysts. Remarkably, when the same electrode is operated at a positive potential, typically +1.16V relative to the silver/silver chloride electrode, a stable anodic current density is achieved and oxygen evolution occurs. This is made possible by a change in the structure of the catalyst under negative and positive potentials.

Spectroscopic studies show that the cobalt layers act like a Janus-type catalyst with two types of structure on the same electrode. About 50% of the original cobalt film is changed into a cobalt oxide-based material at positive potentials in a fast, redox-dependent transformation that is fully reversible without loss of activity. This is the first time that a non-noble metal catalyst has exhibited such behaviour and it is possible because the materials on the electrode exist in equilibrium with metal ions in solution.

The prospects for commercialisation are good, although ‘the device for the use of the catalyst remains to be elaborated,’ says Artero. However, the cost of the process is encouraging. ‘The deposition technique is very cheap and in any case much cheaper than any physical methods such as sputtering,’ says Artero, adding that cobalt is also relatively inexpensive compared with noble metals which have been used in electrocatalysis.